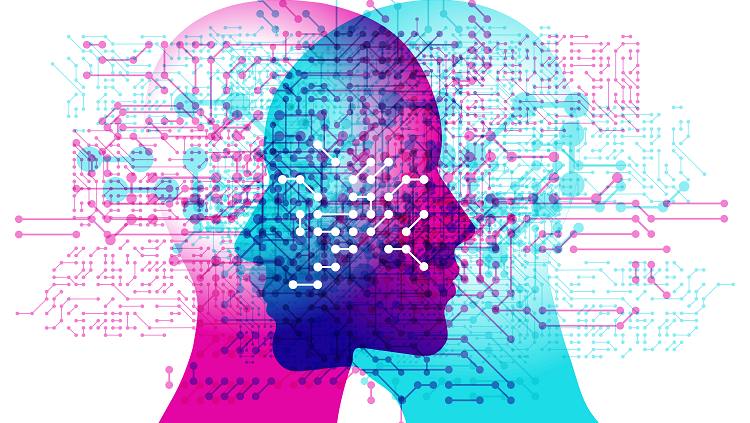 World Mental Health Day 2022 falls on 10 October. A chance to “rekindle our efforts to protect and improve mental health,” says the World Health Organization (WHO). The COVID-19 Pandemic exacerbated the issue of mental health as a 25% increase in the prevalent anxiety and depression can be seen worldwide. According to WHO, despite the widespread mental health problem, the funding for this global issue remains short in supply and middle-income countries. This blog is an attempt to analyze the Indian scenario of flawed discrimination between physical and mental well-being.

In India, the legislation related to the regulation of the Insurance Industry is uniform throughout the territory of India as it falls under the Union list and the laws are made by Parliament. Since the Insurance Act 1938, (as amended) does not expressly recognize or bar any psychiatric or psychological disorder or illness coverage from its definition of health insurance, still, the Indian Insurance Service providers continued to customize their health insurance products giving coverage to hospitalization and medical expenses of physical ailments only. From nationalizing the insurance industries to allowing the entry of private players and foreign investors into the industry the law related to insurance has been gradually developed in India and has undergone several phases of changes at each level.

When the world went into lockdown due to the covid pandemic, there was a substantial rise in mental health issues. The world as a whole saw rising cases of anxiety and depression. Going by the data provided by the Indian Psychiatry Society, it is confirmed that over 40% of Indians suffer from mental health issues. While some people rushed to buy health policies to meet the sudden rise in medical costs, it was equally important for them to check if the policy covers mental health issues as well.

For a long time, health insurance policies in India only covered physical illness. We can sense the shift in this trend now, unlike the earlier trend now some insurers are providing coverage for psychological disorders as well. This shift is in line with the directions given by India’s Insurance Regulatory and Development Authority. The regulatory body has asked the providers to add mental illness to their regular health insurance coverage and to provide health insurance to buyers who were on antidepressants or opioids in the past as well.

Mental Healthcare Act: A Legislation For The People

After the enactment of the Mental Health Care Act, people can now avail several services and in case the services are not available they become eligible to ask for compensation from the state. These rights include the right to confidentiality, the right to get access to medical records, the right to community living, protection from and against inhumane treatment, and the right to equality and non-discrimination as provided by the law. Several other protections are provided to persons with mental illness under Section 21 of the Mental Healthcare Act, 2017 to ensure that they get equal treatment to persons with physical illness. Section 21 (4) of the act makes sure that there cannot be any discrimination in insurance coverage of mentally and physically ill patients. In the case of Shikha Nischal Vs National Insurance Company Limited and Anr (WP(C) 3190/2021) dated April 19,2021, the Delhi High Court addressed the issues related to mental illness and their insurance coverage. The court observed that Section 212, of the Mental Health Care Act, 2017 recognizes the right to equality and it prohibits any sort of discrimination related to mental illness thus insurance companies should make provisions for medical illness on the same basis as physical illness.

However, the definition of mental illness lays down two exclusions explicitly, first, it excludes mental retardation and second, the outcomes of alcohol or drug abuse. The Mental Health Act of 1987, did not provide a specific definition of mental illness, it defines a mentally ill person as a person requiring treatment because of mental illness other than mental retardation. Even the Substance Use Disorder (SUD) was not mentioned in earlier legislation, except in Chapter III. However, the definition of mental illness in the current legislation has included SUD. Adhering to the guidelines of IRDAI, some insurance companies have started providing mental health coverage in their existing services. Typically, the insurance policies provided by these businesses cover the costs of in-patient hospitalization for mental illness, while outpatient department services like counseling or therapy are only reimbursed if the coverage includes them. The cost incurred in the hospitalization for in-patient treatment related to any mental illness is covered by mental health insurance. The cost of diagnosis, treatment, medicines, hotel, etc is included provided that the patient got admitted to the hospital for at least 24 hours. The coverage may vary and sub-limits are applicable as per the insurer. However, the insurers have some exclusions for mental health treatments. There are reservations made on part of covering out-patients charges as they are rarely covered and any mental illness related to drug or alcohol misuse. Mental retardation or intellectual disability is the main exclusion from the policy.

Kind Of Treatments To Be Covered Under Insurance

The Mental Healthcare Act, 2017 provides that “every insurer shall make provision for medical insurance for treatment of mental illness on the same basis as is available for treatment of physical illness.” The key factor to be considered by the insurance companies is to determine the types of treatment to be covered under mental health insurance. A literal interpretation of insurance of “sname base” as physical illness would lead to coverage of cases which require hospitalization and immediate care. The psychotherapy sessions required to cure a mental health issue needs several therapy sessions. It requires long period of time to heal. Thus, this anomaly posits a challenge for medical Insurance companies to decide on what basis they will cover the insured whether on number of days of hospitalization or total estimated time for treatment.As for mental illnesses even the methodology of treatment differs.One patient can’t be expected to heal with the same treatment given to others. The Mental Health Care act fails to directly address this in the legislation. This leaves an unequal playing field as insurers will have an advantage to take benefit from this legal gap. They have the freedom to decide on whether to cover cases for which a person with mental illness has to go through treatment which suits the individual or to commonly accepted treatments in the field a large number of insured individuals failing to receive proper care and treatment.

For physical illnesses the insurance companies have an estimated value of premiums that besets a particular set of illnesses. They underwrite the premiums based on these terms and conditions. The mental illnesses can’t be linked exactly to certain prevailing illnesses or lifestyle habit. So, underwriting becomes difficult, as they have to reasons to decide for imposing higher premiums, if required. The Mental Health Care Act does not provide for enough safeguards to protect people who are more exposed to potential mental illnesses due to stress or other factors. For example, migrant workers and widows have a higher risk of suffering from mental illnesses. An insurance company can exploit this lacuna to justify higher premiums.

The mental health care act, 2017 provides that to a person who attempted to commit suicide under severe stress, care and treatment should be provided. Suicide attempts are frequent with mental illnesses. The act fails to provide on whether treatment for all suicide attempts should be covered by insurance companies or just those who have been diagnosed with a particular psychiatric illness before attempting suicide.

All insurance companies’ requests access to medical records to determine insurance claim and premium charges. They may require history of procedures done, treatments applied, methodology of diagnosis etc for person with mental illness. The mental healthcare act does not provide how and what type of information is necessary to share. Section 23 of the Act provides for the right to confidentiality. However, it does not specify on the quantum of information that has to be shared and the information that could be upheld.

With the implementation of the MHCA and IRDAI’s directions the mental health services are bound to be more affordable, accessible and will go in a long way of de-stigmatization of mental health conditions in India. There is a growing acceptance of mental health issues in the youth of India which will highly result in tailored coverage of mental health issues and associated disorders. While there is presence of certain aspects on which further guidelines are needed like on the cost of OPD, counseling, and treatment, and therapy, we can see a growing awareness of the topic and it will be interesting to see how the government is going to address these issues.