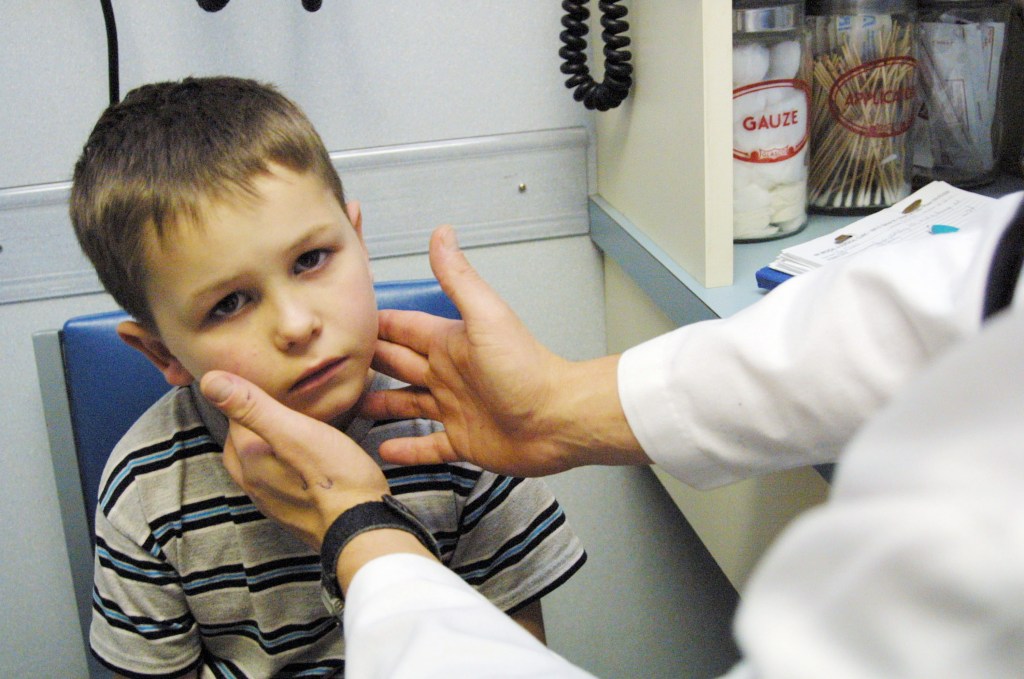 Youngsters’ germs may help fend off severe COVID-19 in their parents, according to a major new Kaiser Permanente study of Northern California patients, released this week.

Using Kaiser’s huge trove of health information, scientists found that adults without children who contracted COVID-19 were 49% more likely to be hospitalized and 76% more likely to have an intensive care unit admission than infected adults of similar ages and health histories who had young children at home.

“These were really striking findings,” said Oakland-based lead author Dr. Matthew Solomon, an investigator with the Kaiser Permanente Division of Research and cardiologist with The Permanente Medical Group.

“One possible explanation is that constant exposure to colds helps people develop some immunity to these viruses,” Solomon said. The study, based on the medical records of 3.1 million Californians, is published in the latest issue of the journal Proceedings of the National Academy of Sciences.

The study was done in the first year of the pandemic, before vaccines were available, so none of the patients were inoculated.

Because the study is based on population data, it merely shows a correlation – not causation. Further research is needed to prove if, and how, part of the SARS-CoV-2 immune response is imprinted by past bouts of the sniffles.

Parents should still get vaccinated, doctors say. Even if exposure to germy kids might confer some partial immunity, parents can get sick and die. Nearly 200,000 children in the US have lost parents to the pandemic.

The Kaiser study focuses on severe illness; it doesn’t prove that the common cold protects against COVID infection. In fact, parents of children who are age 5 or younger were actually more likely to become infected, when compared to people without children.

If you’re thinking, “but couldn’t they just wear a mask?” then you haven’t been raising a toddler during the pandemic.

But once infected, parents of young children were less likely to get severely ill, the Kaiser study found. The trend was not seen in parents of older children and teenagers.

That suggests that there may be a certain degree of cross-protection from exposure to related members of the vast family of coronaviruses.

“I’m borderline germaphobe … even before the pandemic, I’ve always had Purell in my car,” said Stephanie Pacillas of Dublin, an elementary school substitute teacher and mother of two young children.

“But we go to school. We’re exposed to people … So everybody has colds all the time,” she said.

Right after the mask mandate was dropped last March, Pacillas and her 6-year-old son got COVID, despite being vaccinated. “It was pretty mild compared to everything else,” she recalled. “He jump right back. I was a bit more up-and-down … but I’ve had cases of the flu that were way worse.”

“I know they have to be exposed to certain things,” she said. “We’re OK with that. You’ve got to have something for your immune system to respond to.”

But the overall findings have been inconsistent, because the studies’ scope, participants, and methods have varied, according to a report in the Journal of the American Medical Association.

Seven reports have concluded a high level of common coronavirus immunity was beneficial, while four reported that it was detrimental, and three reported that it did not have an impact, according to Maureen McGargill of St Jude Children’s Research Hospital in Memphis.

In one study, preexisting seasonal antibodies increased after SARS-CoV-2 infection — an immunological phenomenon known as “back-boosting.” There also might be protection from a different arm of the immune system, involving T cells, which offer a broader and more durable response than antibodies.

The Kaiser team launched the study after debating the question: Why is there so much variability in COVID-19’s impact on people?

They turned to medical records of Kaiser patients who live all over Central and Northern California, from San Jose and Santa Rosa to Sacramento and Fresno.

It’s long been known that young children are germ hatcheries, getting about six to eight colds per year — and then bringing all these bugs home. So it made sense to look at parents’ experiences with COVID, Solomon said.

“This is really one small piece of a very large puzzle that scientists have been working to unravel,” said Solomon.

“This work helps us better understand COVID-19 and who may be at risk for severe outcomes,” he said, “but it’s certainly not a definitive answer.”