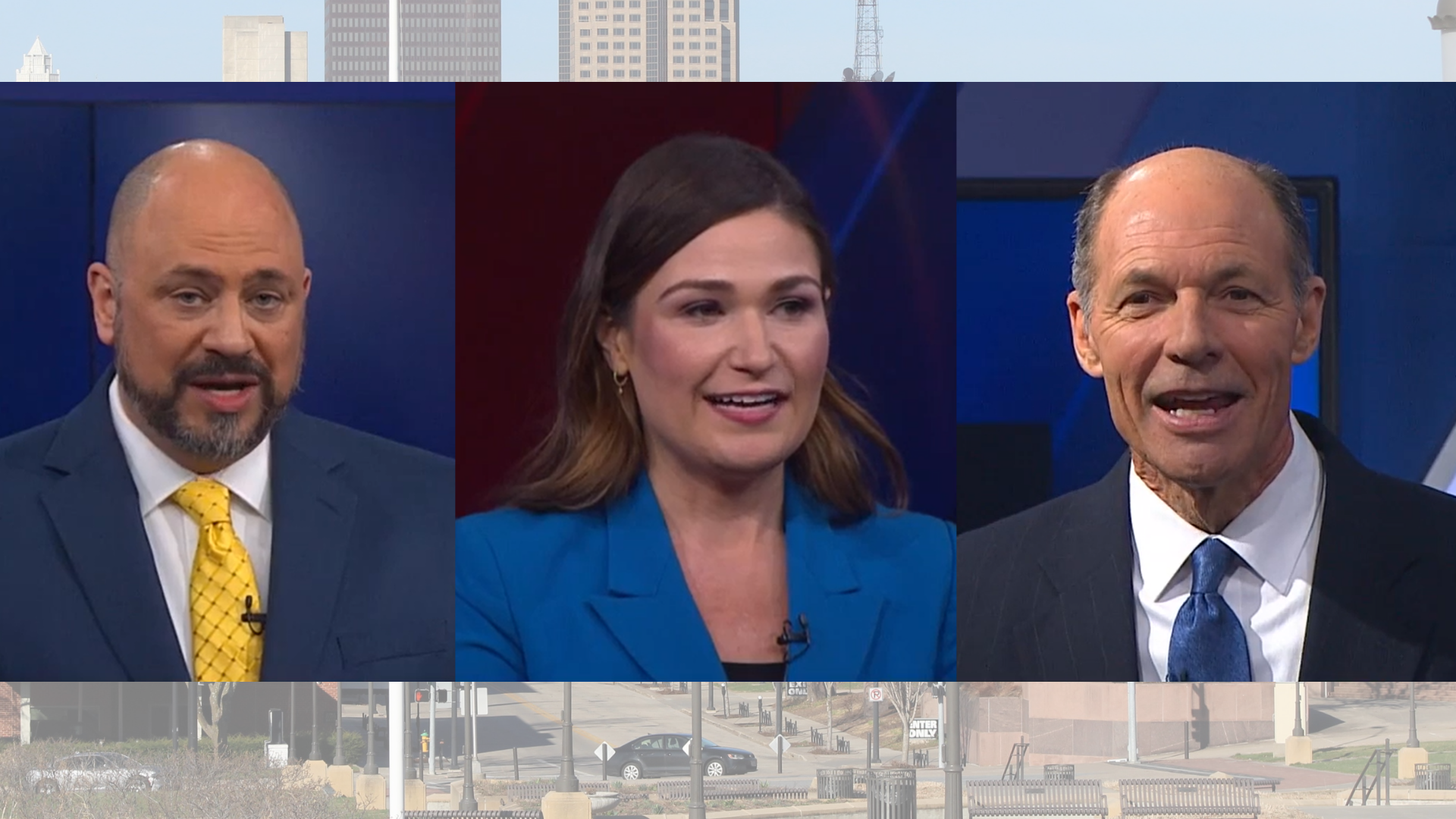 It’s the home stretch for candidates in Iowa’s primary races, and those competing in the Democratic Senate primary are using their last few days on the campaign trail to emphasize to voters why they’re the best chance to win the US Senate seat come November.

For former Rep. Abby Finkenauer, it’s being a young woman. For retired Navy Adm. Michael Franken, 64, it’s his military service. For city councilor Glenn Hurst, 52, it’s his time as a medical provider in rural Iowa. All three candidates say they’re best suited to understand and tackle the nation’s current issues in Washington, DC because of the lives they have led.

Finkenauer, 33, has talked on the campaign trail that she’s uniquely equipped in this race to talk about abortion access.

“It is why we need somebody standing on the floor in 2023 in the United States Senate who is a woman of childbearing age, who does actually have a personal stake in this,” she said at an Iowa Press debate in May. “It is absurd to me that we don’t have more voices standing on that floor right now.”

Democratic candidate Patty Judge’s campaign rallied against US Sen. Chuck Grassley’s vote against Attorney General Merrick Garland as a Supreme Court nominee in 2016. Roxanne Conlin, who ran in 2010, platformed the “right to choose” in her campaign.

“I think if people only have a little bit of information on each candidate, I think there’s a huge advantage in being a woman in a statewide Democratic primary,” Link said.

All three candidates support abortion rights. Hurst, who runs a medical practice in Minden, said he approaches the issue as a health care provider. He said having helped guide women as patients through the process of considering and finding abortion service shaped his approach to abortion access, and to supporting health care policies like Medicare for All.

“I see this very much as an issue of the role the federal government should have in any medical decision, which is an overstep,” he said. “The only person who should be making this choice is the person making it, with access to unfettered advice from a medical provider.”

Personal experience isn’t the only factor at play: On the campaign trail, candidates are also highlighting their political bonafides.

The war between Russia and Ukraine shows the benefits of having someone in office with military experience, Franken’s political director, Rep. Ras Smith, said. Franken retired as a vice admiral in the Navy after serving for 39 years, and worked with US Senator Ted Kennedy in Washington as a legislative liaison.

“That’s a red line,” he said. “We must step forward. We cannot let the use of weapons of mass destruction against a large population and a democracy ever be used and go without retort.”

While Franken has military experience and Hurst serves as a Minden city council member, Finkenauer’s campaign has emphasized that she’s the only candidate who has held federal office in the race as the former First District congresswoman.

Finkenauer said both her time in office and her experience campaigning as a Democrat in Iowa would give her an edge in the general election.

“Every single time I have been on the ballot as a Democrat for federal office we have gotten more votes than the Democrats above us, who have had more money, and that is because of the coalition of voters we bring together here,” she said in the May debate.

It’s a competitive race. According to recent campaign finance reports, Franken had raised over $1 million as of mid May, while Finkenauer has raised more than $600,000.

But winning the primary is just the first step. Tuesday’s victor will take on the Republican candidate in the general election: US Sen. Chuck Grassley or Iowa Sen. Jim Carlin, R-Sioux City.

Wanting to replace Grassley is not good enough for a successful Democratic campaign in Iowa, strategist Link said. Whichever candidate wins in the primary has to be prepared to present voters with a good argument to replace the senator who has held his seat for over 40 years.