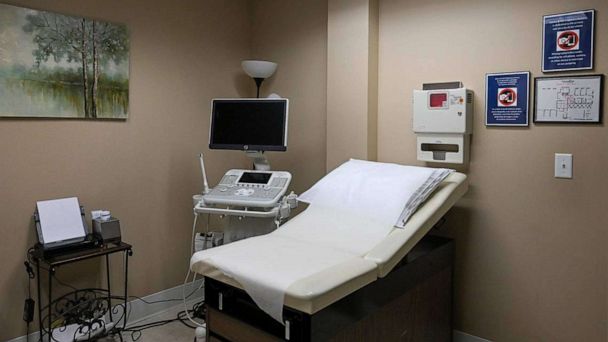 States who imposed strict abortion laws this year were already more likely to have significantly higher maternal and infant death rates as well as fewer doctors providing care to women, according to an analysis released Wednesday by an influential nonprofit research group.

In 2020, for example, maternal death rates were 62% higher in the states that later passed or implemented abortion restrictions compared to the states where abortion remains accessible, the study by the Commonwealth Fund, which aims to address gaps in health care, found.

Those conclusions are likely to be cited by abortion rights advocates who have long argued that states leading the charge on abortion bans are also the least equipped to care for women giving birth.

“Compared with their counterparts in other states, women of reproductive age and birthing people in states with current or proposed abortion bans have more limited access to affordable health insurance coverage, worse health outcomes, and lower access to maternity care providers,” according to the study.

The study did not look at the impact on the abortion bans specifically — a much tougher metric that could take years to analyze. Still, the researchers warn that, according to their findings, abortion restrictions risk widening the existing disparities between states.

“The result is a deepening of fractures in the maternal health system and a compounding of inequities by race, ethnicity, and geography,” the researchers conclude.

Earlier this year, Reeves said his state plans to improve its care system for pregnant women and infants.

“The pro-life movement must dedicate itself to ensuring mothers and their babies receive the support they both need during pregnancy and after,” he said in June.

So far though, such a system hasn’t fully materialized: Mississippi is among a dozen states that have declined to expand Medicaid, the government’s health care for poor and disabled Americans. Of those 12 states, 10 of them have also imposed strict abortion laws.

Republicans in those states contend that expanding Medicaid might not be financially sustainable. But Medicaid, its supporters say, expands health care access for struggling Americans who might otherwise forgo care entirely, including women who might not see a doctor until months into a pregnancy.

In an interview with ABC News, the lead researcher on the Commonwealth Fund study, Dr. Gene Declercq said that lack of health coverage is a big reason why women living in certain states struggled with pregnancies and births.

Declercq, a professor at Boston University, said his study found that many areas with abortion restrictions also had few or no providers caring for women.

“If you have a whole policy that’s geared toward not really taking care of women’s health, except when they might be pregnant and you want to support the health of a baby, we shouldn’t be surprised when we find out that there’s problems with women’s health,” he said.

The question for politicians, Declercq said, is whether or not a state’s health care system is set up to protect women and children — or if that’s just campaign rhetoric.

“And the answer remains to be seen,” he said.