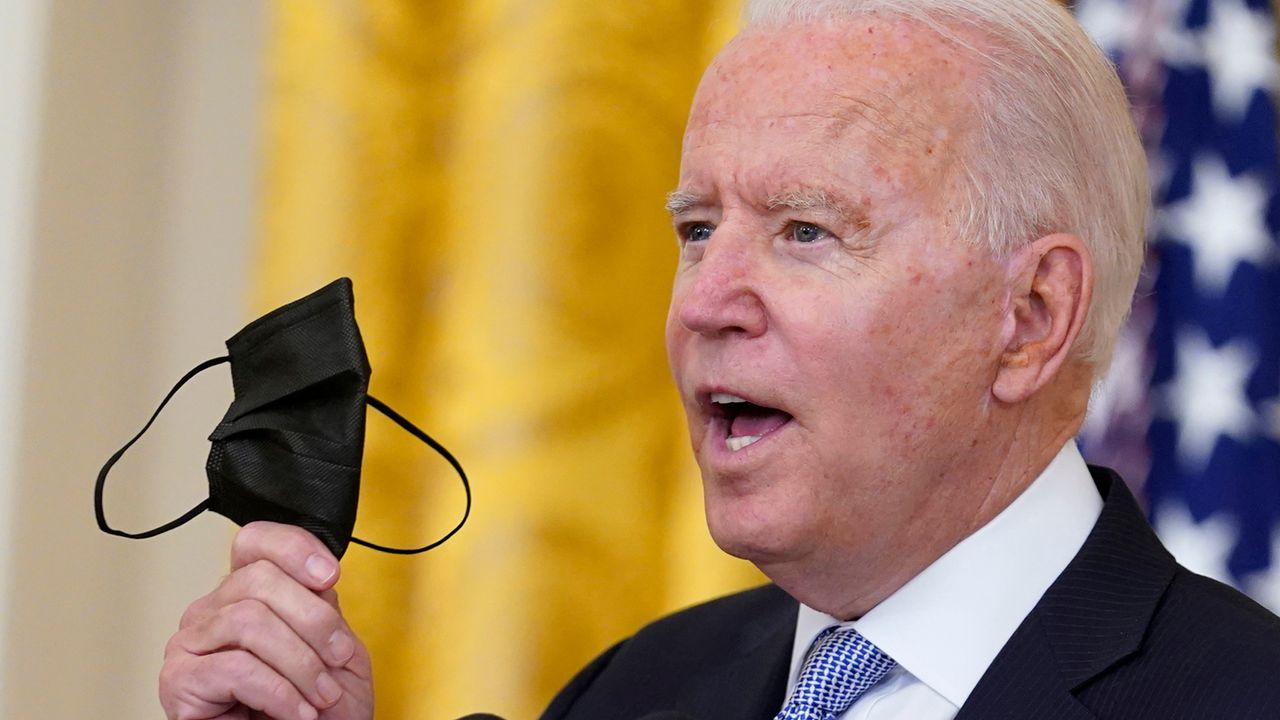 As part of its systematic efforts to bring to an end all meaningful mitigation measures against COVID-19, the US Centers for Disease Control and Prevention (CDC) quietly released new infection control guidance for health care settings on Friday evening with hardly a mention of it in the media. The taciturn announcements on late Friday nights have become standard for the CDC’s disclosure of unpopular and unscientific policies.

CBS News broke the story on Friday evening, writing, “Outside of communities seeing ‘high’ levels of COVID-19 transmission, the CDC has ended a blanket plea for Americans in hospitals and nursing homes to wear masks indoors. The change, one of many published Friday evening to the agency’s guidance for COVID-19 infection control for healthcare workers, marks one of the final sets of revisions in a sweeping effort launched in August to overhaul the CDC’s recommendations for the virus.”

The guidelines now allow health care settings located in regions with “substantial” or lower COVID-19 community transmission to “choose not to require universal source control,” meaning the use of N95 respirators or even well-fitting masks. Additionally, the guidelines are considered “recommendations.”

[Figure 1:  US Community Transmission of All Counties. Source: CDC.]

Outside of social media networks, there has been virtually no mention of these new directives. Neither CDC Director Rochelle Walensky nor CDC Senior Scientist Greta Massetti, who introduced last month’s sweeping changes to the public health agency’s COVID-19 guidance, has given any statements over the weekend. The bourgeois press has been silent on the issue, which it would be fair to assume they considered non-newsworthy and irrelevant.

According to an anonymous source, approximately two weeks ago, during a medical department meeting at a US hospital, the chair informed the staff that the CDC would be introducing new directives to address ending guidance for universal masking in health care settings. While the CDC remained publicly silent on the matter, it informed health care systems of the forthcoming changes.

The lifting of masking recommendations in hospitals took place the same week that President Biden declared, “The pandemic is over. … Everyone seems to be in pretty good shape.” This succinctly expressed the policies being adopted by the country’s foremost public health agency, which has become an instrument of the state and no longer functions to protect the population from infectious diseases.

Friday’s announcement prompted a flood of opposition among scientists, workers and anti-COVID activists on social media, with many denouncing the CDC for its repeated malignant efforts to dismiss the threat posed by the coronavirus and normalize death and debilitation of the population by these infections.

Professor of Evolutionary Biology T Ryan Gregory tweeted“I don’t know who SARS-CoV-2 has hired as a lobbyist, but they’re fantastic!”

Assistant Professor of Dermatology Dr. Lisa Iannattone wrote, “Reupping this thread in response to the CDC’s decision to no longer require universal masking in hospitals. The medical field kept exposing patients to contaminated hands for decades after Semmelweis’ discovery [the man who discovered that health care workers’ dirty hands were causing fever and death in inpatients]. How long will we pretend exposing them to contaminated air is ok?”

Health and social policy researcher at Boston University Julia Raifman noted“As the CDC makes a policy decision to no longer require masks in health care settings except in high transmission (which is too late), remember hospital associations led the way in blocking workplace safety standards in health care and more broadly.”

dr Raifman was highlighting the fact that many directors of nursing homes and administrators of health facilities, a more affluent layer of the upper middle class, have complained that if life has returned to “normal,” then why are they still operating as if at the height of the pandemic? In issuing their unscientific complaints, they underscored the double standard that while more than 90 percent of the country is in a “low” or “medium” COVID-19 “Community Level” risk, following the patently unscientific masking guidelines the CDC released in late February 2022, only 25 percent of US counties are in a “substantial” or lower “Community Transmission” level that health care settings had to abide by.

[Figure 2: US Community Levels of All Counties. Source: CDC.]

In Westmoreland, New Hampshire, Maplewood Nursing Home administrator Kathryn Kindopp recently complained to the local paper, The Keene Sentinel, that protocols for the county-run nursing home set by the Centers for Medicare and Medicaid Services (CMS), based on recommendations from the CDC, are supposedly diminishing the quality of life for nursing home residents.

In a carefully worded statement endorsing the CDC’s changes, Senior Vice President of the American Health Care Association Holly Harmon said, “While our commitment to infection prevention and control continues, adapting COVID protocols means recognizing the current stage of this pandemic as well as the importance of quality of life for our nation’s seniors. After more than two years, residents will get to see more of their caregivers’ smiling faces, and our dedicated staff will get a moment to breathe.”

Many health care facilities, such as the highly respected Mayo Clinic in Rochester, Minnesota, have already ended their pre-procedure testing for COVID-19 to ensure no further delays in performing lucrative diagnostics and surgeries.

The CDC’s decision was in no way meant to protect health care settings, where the most vulnerable seek medical attention and are at risk for complications with COVID-19 infections. In the coming months, health care centers will emerge as centers for the transmission of COVID-19 and the flu, as masking and other safety measures are being lifted as the winter approaches.

It is worth noting a portion of the statement made by Massetti last month when she said, “We know that COVID-19 is here to stay. High levels of population immunity due to vaccination and previous infection, and the many tools that we have available to protect people from severe illness and death, have put us in a different place.”

This book compiles the most critical programmatic statements, polemics, scientific analyses, interviews, and news articles published by the World Socialist Web Site on the COVID-19 pandemic. It is a social and political chronology of this world historic event based on a Marxist and Trotskyist perspective.

It is difficult to overstate the shortsightednrss and stupidity of the petty bourgeois bureaucrats who run the CDC and the White House COVID Response Team, whose reckless policies are hastening mass infection and viral evolution.

With autumn underway and temperatures cooling, epidemiologists and infectious disease specialists have warned of a looming resurgence of COVID-19 fueled by multiple new Omicron subvariants. Over the past week, weekly case counts increased by 10-30 percent week over week in France, Austria, the UK, Germany, Italy, and Spain, as well as Australia, Israel, Taiwan and other countries.

The World Health Organization (WHO) is now tracking roughly 200 Omicron subvariants, which is the most at any point in the pandemic. Many of these subvariants are causing alarm among scientists and appear increasingly likely to erode the efficacy of existing vaccines and treatments, including the latest bivalent vaccines. Among the two most concerning are BA.2.75.2, BF.7 and BQ.1.1, which are descendants of BA.2 and BA.5 and have been described by some scientists as potentially the most antibody-evasive variants.

In Denmark, where genomic sequencing remains fairly comprehensive, the growth of BA.2.75.2 and BF.7 is now clearly accelerating, with both roughly doubling each week. The growth advantage and evasive immune capacity of these two are part of what is called convergent evolution, whereby constantly repeated mutations evolve improved survival mechanisms and maintain their growth advantages.

One preprint study released last week begins by stating, “Continuous evolution of Omicron has led to numerous subvariants that exhibits growth advantage over BA.5. Such rapid and simultaneous emergence of variants with enormous advantages is unprecedented.” The study notes that many of the descendants of BA.2 and BA.5 are showing similar mutations which they believe will render ineffective the last remaining clinically available antibody drugs, Evusheld and bebtelovimab, meaning that millions of immunocompromised people will again have no additional protection.

Meanwhile, data released by the CDC last Thursday indicated that since the fall booster campaign rollout started three weeks ago with the bivalent vaccines, only 4.4 million doses have been given, representing 1.5 percent of people eligible to receive these shots. The implication is that the winter wave will run its course through a population whose current antibody status will have waned considerably at the current rate. As the chart below demonstrates, booster uptake remains low, with most people receiving them several months ago.

speaking with NBC News, dr Scott Roberts, infectious disease specialist at Yale, called the rollout “demoralizing.” He added, “I would expect a much higher proportion of Americans to have gotten the booster by this point. The fact that this booster came out days before Biden said the pandemic was over is a huge mixed message. Now it’s going to be that much harder to convince those at risk who are on the fence to get a booster.”

Join the fight to end the COVID-19 pandemic

Someone from the Socialist Equality Party or the WSWS in your region will contact you promptly.