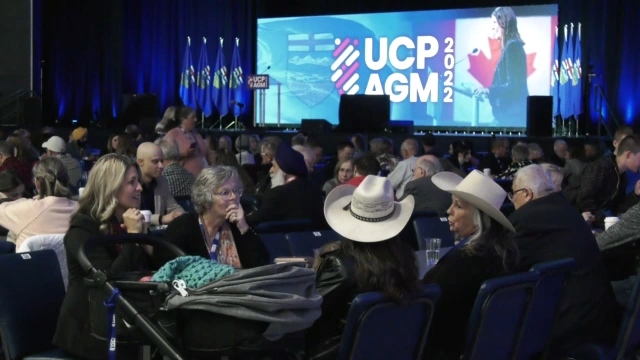 It marks the first conference for the party that Premier Danielle Smith is at the helm. According to the UCP, constituency associations and the party’s policy and governance committee developed the resolutions scheduled to be heard on Saturday.

After being drafted, each policy idea was then considered by individual members using the party’s online ranking tool.

“Thousands of members got involved and told us what they liked and disliked,” said Joe Friesenhan, UCP policy and governance vice president, in the policy handbook.

The potential passing of these resolutions by the membership of the party present at the AGM doesn’t guarantee they will become proposals debated in the legislature.

Here are a few of the policy resolutions and what you need to know about.

The Edmonton West Henday constituency association is proposing the UCP “halt the practice” of students being taught that they have privilege based on their “ethnic heritage.”

The resolution adds that there should be no differential treatment of students due to ethnic heritage and aims to ban the instruction of several concepts, “whether it is advanced under the title of so called critical race theory, intersectionality, anti-racism, diversity and inclusion or some other name.”

Concepts should not include that “all of society is a racist system” or that segments of the population “bear historic guilt due to said ethnic heritage.”

One post from that account read in part that “White lives matter,” while another also said that “society is being dominated by victimhood and anti-white racism.”

At the time, the school’s principal denounced the account and said there was zero tolerance for posts making students “feel unsafe” or “unwelcome” at school.

“A public education system should not be ideological in its outlook or focused on promoting a political message to impressionable students,” the resolution’s rationale adds.

“The aims of our education system should be focused on teaching literacy, numeracy, and be skills and knowledge based.”

Resolution 1 proposes creating a transportation utility corridor from Alberta to the port of Churchill, Man., on the shores of the Hudson’s Bay to facilitate the shipment of oil and gas.

The policy proposal, drafted by the Edmonton Center constituency, says the government would liaise with Saskatchewan and Manitoba to secure the “major nation building project.”

“Alberta must do its part to help European states break their dependency on Russian oil and gas.”

The second resolution, proposed by Cardston Siksika’s constituency association, would call on the province to protect agribusinesses from “harmful” federal regulations.

It argues that modern farming practices have evolved to balance production and safety, and that any harmful changes threaten the global food supply.

Another resolution calls for the UCP to overhaul the electricity pricing system to reduce transmission and distribution costs.

“We should focus on ensuring that new generation is reliable and affordable for Albertans,” the rationale says.

“The costs to move new generation to the distribution system should be as limited as possible.”

The Calgary Fish Creek Constituency Association drafted a resolution calling for an increase in funding for preventative health care and removing barriers to care by slashing the number of Alberta Health Services managers.

According to the resolution, the sunshine list of AHS management making more than $140,000 a year should be reduced from more than 900 to around 200.

“Alberta has the most expensive/least efficient system within Canada, making us one of the the worst universal health care systems in the developed world,” the rationale said, adding that managers and bureaucrats add “little” to productivity.

A different resolution, made by the St. Albert Constituency Association, calls on the province to ensure that health care practitioner licenses and credentials are “easily and efficiently” reviewed within a “specified period of time.”

The rationale states this would help expedite newcomers to Alberta ability to practice medicine.