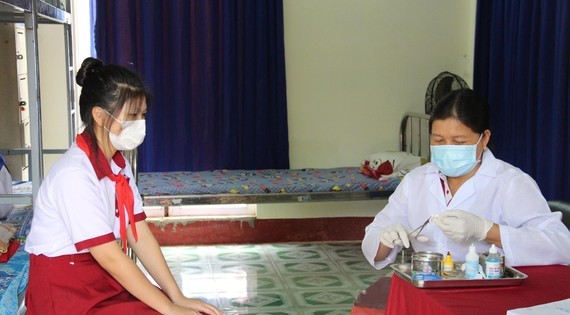 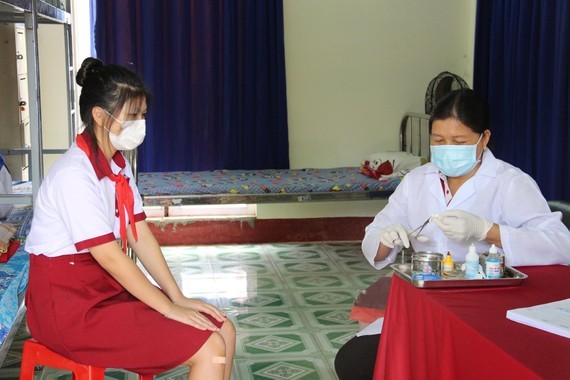 A student in Dak Lak receives examination at a local healthcare facility. Vietnam strives for all students to benefit from health insurance policies

In the first eight months of 2022, nearly 2.2 million students nationwide who received medical examination and treatment have been paid by the health insurance agency with a total amount of nearly VND1,770 billion (US$71,717,069).

For example, an insured patient in My Thanh Trung Commune in the Mekong Delta Province of Vinh Long’s Tam Binh District received treatment including ventricular septal defect (membrane part), candida sepsis, rheumatic aortic regurgitation (severe 4/4), acute infectious endocarditis and subacute (aortic root abscess) for 24 times in 2021 at Ho Chi Minh City-based Cho Ray Hospital, the General Hospital in Vinh Long Province and the General Hospital in the Mekong Delta City of Can Tho. The cost that the health insurance fund paid for this patient was VND1.18 billion.

Up to now, the Health Insurance Fund has paid for many students with incurable and chronic diseases at a cost of up to billions of Vietnam dong, helping them and their families reduce the burden of medical examination and treatment costs.

Data from the Vietnam Social Insurance show that the coverage of health insurance for students has grown steadily over the years with an increasing trend.

According to regulations, the monthly health insurance premium payment is equal to 4.5 percent of the basic salary and students receive the support of 30 percent taken from the state budget; so students just pay 70 percent of the insurance cost. According to this calculation, the full year’s payment is VND804,600 but students just pay an actual amount of VND563,220 a year, the rest is supported by the State budget.

In addition to 30 percent support from the State budget, many provinces and cities also have additional support policies for the achievement of the goal of 100 percent students participating in health insurance in the school year 2022-2023. For instance, the Northern Province of Ha Giang provides additional support of 70 percent for children of ethnic minorities; Therefore, all children from ethnic minority groups are covered by the insurance agency while the Northern Province of Hung Yen gives support of 30 percent while Dien Bien Province, Son La Province, Ba Ria – Vung Tau Province give 20 percent support respectively. Elsewhere in the country, Kon Tum Province, Tra Vinh Province, and Dong Thap Province give 10 percent support respectively. Dak Lak Province and Tien Giang Province support 5 percent of healthcare insurance costs.