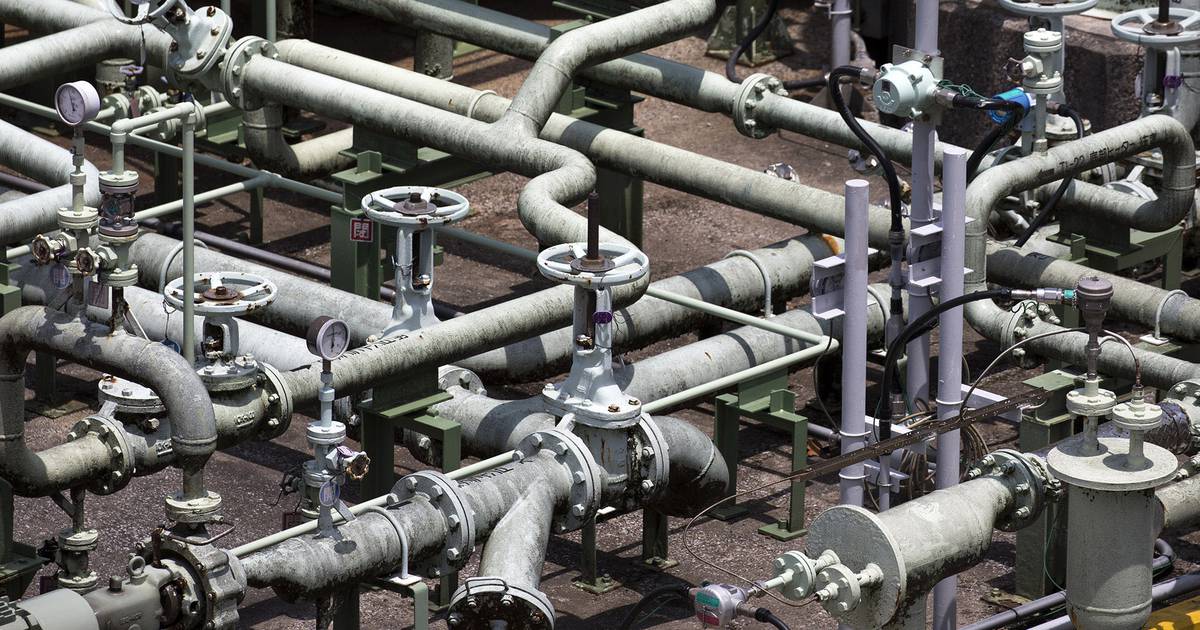 A war-driven spike in global natural gas prices is creating new hope for Alaska’s long-sought gas pipeline, elected leaders say, even as the $38 billion project still lacks binding promises from customers and a clear picture of who would build it.

gov. Mike Dunleavy and US Sen. Dan Sullivan, both Republicans, spent time in Japan last week drumming up demand for the project, which would span 800 miles from Alaska’s North Slope oil fields to Cook Inlet, not far from Anchorage.

“If we’re ever going to get a gas line, we will know within the next few months,” Dunleavy said in an interview Wednesday. “All the conditions are there.”

Dunleavy pointed to prices that have more than doubled since governments around the world swore off Russian energy exports in response to that country’s invasion of Ukraine in February.

But Alaska’s state-owned gas pipeline agency isn’t expected to make a final decision on construction until 2024, officials said this week. And analysts point out that prices are expected to fall toward prewar levels long before then, as other export projects come online and governments cut fossil fuel consumption to hit emissions reduction targets.

“It’s almost like a race to fill the gap,” said Al Salazar, vice president at Texas-based energy analysis firm Enverus. “These are the uncertainties that, if I was funding the Alaska LNG project, I’d be wondering about.”

Still, Alaska’s most powerful politicians are putting new energy into the project, which they’ve sought for decades even as the state has Invested hundreds of millions of dollars into research, design and promotion.

Those recent efforts have yielded at least incremental successes.

Alaska’s congressional delegation got language into the Biden administration’s infrastructure package that newly allows federal loan guarantees for an export project, not just one that sells gas in the US

And Sullivan, in a phone interview this week, said that during a breakfast meeting in Japan, US Ambassador Rahm Emanuel agreed to establish an Alaska gas line task force at his embassy in Tokyo.

But the Biden administration’s full support of the gas line — which backers see as an important political signal to potential investors, given the project’s need for federal approvals — is also uncertain.

Sullivan said there are two factions in the administration, each with its own view of the project.

One, including National Security Adviser Jake Sullivan, is likely to support the Alaska project as a tool to deliver needed energy for US allies in Asia, Sen. Sullivan said. The other fact, including climate advisers John Kerry and Gina McCarthy, prioritizes a quick global transition away from fossil fuels that could exclude projects like the gas line, according to Sullivan.

“There’s a split in this administration,” he said.

‘Not the project of the past’

The pipeline has long held irresistible appeal for Alaska politicians, and governors have promoted it for decades with little to show.

The project would create thousands of construction jobs and a hoped-for boom like the one when the trans-Alaska oil pipeline was built in the 1970s. Backers say the project would also provide the state’s road system communities with cheaper heating fuel and electricity, boosting businesses and the economy.

The concept for the pipeline has evolved over the years, with iterations including a 1,700-mile overland route connecting to Canadian infrastructure that was pushed by former Republican Gov. Sarah Palin.

The current version is led by the state-owned Alaska Gasline Development Corp.

The agency is trying to connect potential buyers in Asia with businesses that could build and operate the expensive infrastructure in Alaska: a $9 billion treatment plant on the North Slope that prepares the gas for transport; the $12 billion gas line itself, with eight compressor stations; and a jetty, liquefaction facility and storage tanks on the Kenai Peninsula that would cost $17 billion.

As Asian countries look to meet emissions pledges, the gas line agency has also developed ideas to cut the project’s carbon footprint. One involves shipping fuel to Japan, then filling tankers for the return trip to Alaska with sequestered carbon to be injected into empty reservoirs in Cook Inlet, the aging offshore oil and gas basin off the Kenai Peninsula.

The inlet has the potential to store some four decades’ worth of Japan’s annual emissions, AGDC says.

“This project is not the project of the past,” said Democratic former US Sen. Mark Begich, who works with a lobbying firm, Brownstein Hyatt Farber Schreck, that represents the Alaska gas line agency in Washington, DC He added: “This is a project that’s fully permitted, that will impact our allies in the Pacific Rim, and it will impact climate change in a positive way, through bringing LNG to these countries that will eliminate coal plants.”

Dunleavy has only recently made the pipeline project a focus for his administration; when he was running for governor, he called it “not economically viable.” In the interview, he said skepticism of the project is warranted but that his new interest is driven by the dynamics in global energy markets.

Dunleavy’s predecessor, independent Bill Walker, was elected in 2014 on a promise of bringing the pipeline to fruition. And he tried, unsuccessfully, to strike a deal with Chinese buyers while he was governor.

In a phone interview this week, Walker criticized Dunleavy for not pursuing the project more energetically.

“We had incredible momentum and interest. Even if the Chinese piece fell away, there was plenty of other market out there,” Walker said. He added: “What’s frustrating for me is his unwillingness to engage with the project.”

Oil companies have never produced commercial-scale quantities of gas from the massive Prudhoe Bay field on the North Slope. Instead, they reinject the gas to maintain pressure in the reservoir, which helps companies produce more oil.

But the technique produces diminishing returns over time, and experts say selling gas from the field makes increasing sense.

The North Slope’s major oil producers — ExxonMobil, ConocoPhillips and Hilcorp — are not directly involved in the project, though they’ve said they’ll sell gas if customers, and a pipeline, materialize. Both ExxonMobil and Hilcorp provided prepared statements endorsing the project this week.

“Hilcorp is committed to supporting Alaska LNG and others who are working to commercialize North Slope natural gas,” said spokesman Luke Miller.

Officials pushing the project say the crisis in Ukraine and the resulting crunch in oil and gas supplies are creating new interest in Alaska gas among Asian buyers.

Europe needs new sources to replace Russian imports it has given up, and some shipments are coming from places that previously sent gas to countries like Japan and Korea. That, in turn, has left buyers in those countries looking more seriously at Alaska, pipeline supporters say.

“We’re not trying to drag them to Alaska and convince them,” Dunleavy said. “The world situation has got them looking at other gas reserves.”

Others, though, argue that the window for selling natural gas is closing quickly and say Alaska’s pipeline may be too late. Some competing projects are already closer to production as the world gradually moves toward renewable energy sources.

A massive, Shell-sponsored project is already under construction on Canada’s west coast. Qatar, the world’s largest LNG exporter, is planning a major expansion of an existing project, and other US facilities are moving forward too.

Industry experts say that Alaska’s pipeline would be comparatively expensive, since competitors don’t need to pay for an 800-mile pipeline built with steel that’s subject to inflation; the absence of committed investors makes it harder to find committed buyers, and vice versa.

“It just depends on if the price Alaska is willing to offer Asia for this gas is something that’s attractive to them,” said Salazar, with the Enverus energy analysis firm.

Matthew Jackson, a climate organizer with the Southeast Alaska Conservation Council, pointed to a lunch presentation at Dunleavy’s own sustainable energy conference in Anchorage last month as evidence that the gas line project isn’t viable.

“In the US, no one is building new natural gas power plants, because just the operating costs are higher than solar,” he added. “There is a market over the next 10 years. But I would not look beyond that.”

Jackson, in a phone interview, said that investing in oil and gas infrastructure like the Alaska pipeline would be “pushing us over the brink of climate catastrophe.”

“We need to be weaning ourselves off from fossil fuels,” he said. “Not investing in more.”