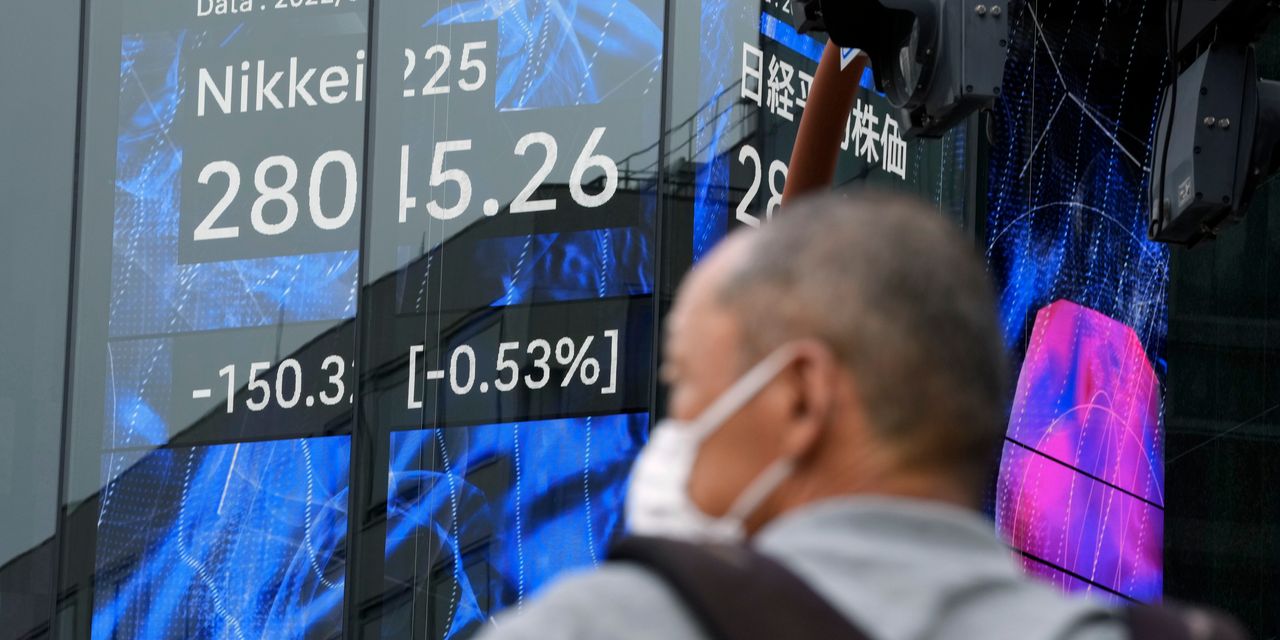 fell 1.2% after a monthly index of manufacturing activity showed contracted again in August.

US government data Tuesday that showed there were two jobs for every unemployed person in July appeared to support arguments the economy can tolerate more rate hikes to tame inflation that is running at multi-decade highs. Some investors had hoped the Federal Reserve would back off due to indications economic activity is cooling.

The jobs data “supported the argument for the Fed to stick to an aggressive stance,” said Edward Moya of Oanda in a report.

Investors worry rate hikes by the Fed and other central banks in Europe and Asia to extinguish an inflation surge might derail global economic growth.

Chair Jerome Powell indicated Friday the Fed will stick to its strategy of rate hikes. The Fed has raised rates four times this year. Two of those were by 0.75 percentage points, three times the usual margin.

Traders appear to expect a 0.75 percentage-point hike in September, a half-point in November and 0.25 points in December, according to Moya.

“If the labor market doesn’t break and the consumer remains resilient, Wall Street might start pricing in rate hikes for February and March,” Moya wrote.

The US government reported there were 11.2 million open jobs on the last day of July. That was up from 11 million in June, and June’s figure was also revised higher.