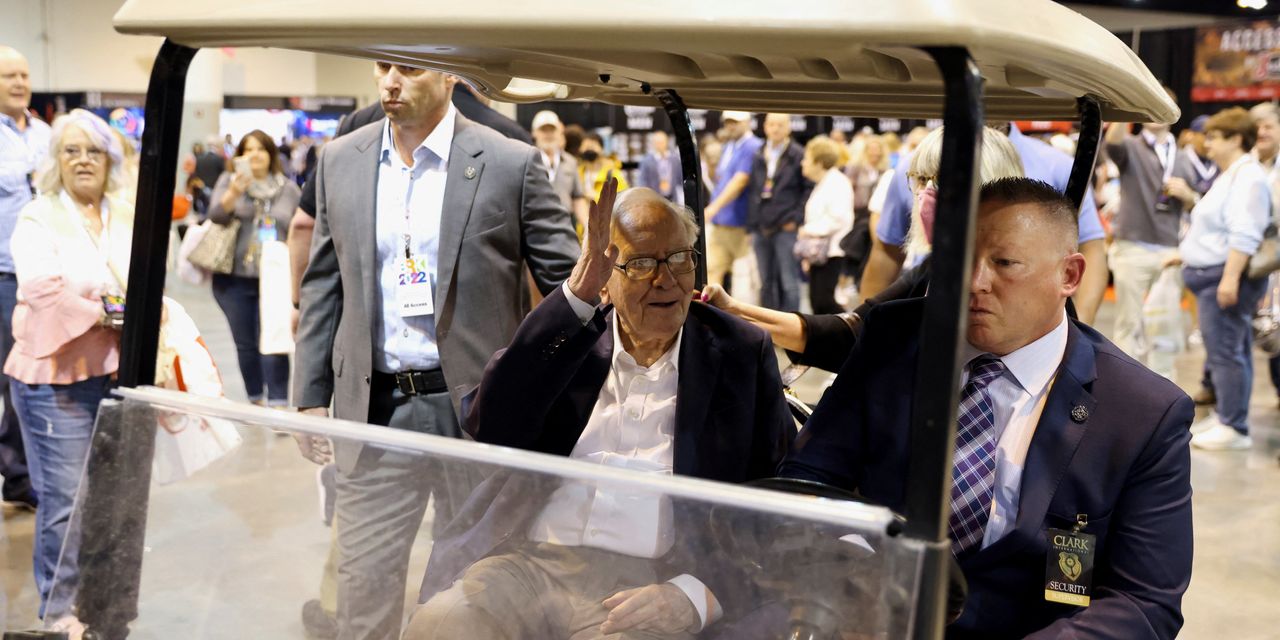 Most of Berkshire’s businesses, including its railroad, utilities and energy, and manufacturing, service and retailing operations, posted growth in the first quarter. But its insurance-underwriting business took a sharp hit. The cost of paying out insurance claims rose significantly as prices of used cars jumped, Berkshire said, sending operating income for that unit falling to $47 million from $764 million a year earlier.

Berkshire’s net income can be volatile from quarter to quarter because the company has large stock investments, and it is required to include unrealized investment gains or losses in the figure. The company uses billions of dollars of float, or upfront premiums that its insurance customers pay, to make investments for its own gain. While that is a boost to its results when markets are rallying, it hurt Berkshire’s earnings in the latest quarter.

Mr. Buffett, who is Berkshire’s chief executive and chairman, is unlikely to focus much on the drop in net income. He has long held that shareholders should focus more on Berkshire’s operating earnings, which he believes is a better measure of how the company is performing.

The results were released ahead of Berkshire’s first in-person annual shareholder meeting since 2019. The 91-year-old investor appeared on stage at an arena in Omaha, Neb., alongside right-hand man Charlie Munger and Vice Chairmen Greg Abel and Ajit jain Shareholders are paying close attention to Mr. Buffett’s views on the markets and the economy, given his decades of investing experience and the vast scale of Berkshire’s businesses.

Berkshire runs a large insurance operation, as well as a railroad, utilities, manufacturers and retailers. Many of its holdings are household names, such as Fruit of the Loom, Geico, Dairy Queen and Benjamin Moore & Co.

While most shareholder meetings pass by without much notice, Berkshire’s has been dubbed the “Woodstock for Capitalists” given its unusually high turnout, festival-like atmosphere and plethora of memorabilia celebrating Mr. Buffett and his investments. In the past, attendees have taken home souvenirs such as Fruit of the Loom boxers with images of Mr. Buffett printed on them and Oriental Trading rubber ducks created in the likeness of Mr. Buffett and Mr. Munger.

Shareholders might also look to hear Mr. Buffett share his views on various Berkshire shareholder proposals. In April, the California Public Employees’ Retirement System, the nation’s largest pension fund, said it was planning to support a proposal that would remove Mr. Buffett as the chairman of Berkshire. Other shareholder proposals are asking Berkshire to disclose more about its efforts to mitigate greenhouse gas emissions.

Another topic likely to be on investors’ minds this weekend: what Berkshire will do with its massive cash reserves. While the company made no major acquisitions in 2021, with Mr. Buffett citing a lack of attractive long-term investment opportunities, it ended that dry spell in the first few months of the year.

In March, Berkshire said it had reached a deal to acquire insurer Alleghany Corp.

for $11.6 billion. The deal is set to be Berkshire’s biggest in years. The company also unveiled it had built a 14.6% stake in Occidental Petroleum in March and disclosed an 11% stake in HP Inc.

Berkshire also ramped up its stake in Chevron Corp.

, it disclosed Saturday. It owned $25.9 billion worth of Chevron shares as of the end of the first quarter, up from $4.5 billion at the end of 2021. Chevron is now among Berkshire’s biggest four positions, joining Apple, American Express Co. and Bank of America Corp. and displacing Coca-Cola.

As Berkshire spent more on other businesses, the company bought back less of its own stock during the quarter. It repurchased about $3.2 billion in shares, down from $6.9 billion in the fourth quarter.

The company still has a mountain of cash it can tap. Berkshire had $106.26 billion in cash and equivalents at the end of the first quarter, down from $146.72 billion at the end of 2021.