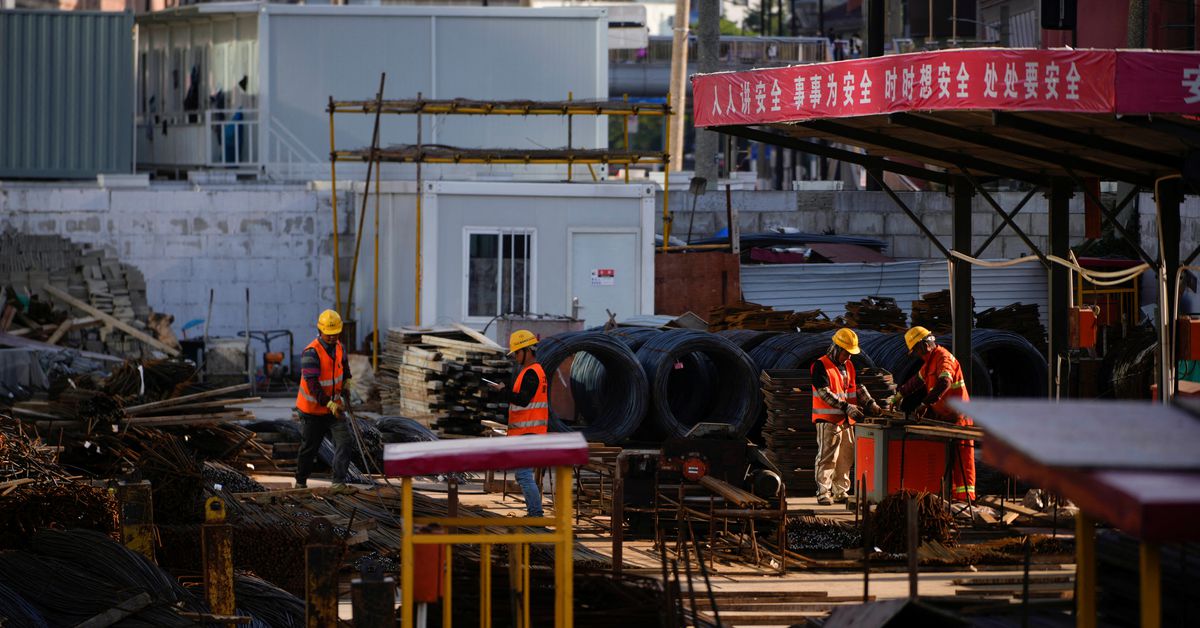 Industrial profits fell 3.0% in the first 10 months of 2022 from a year earlier. That compares with a 2.3% drop for January-September, National Bureau of Statistics data released on Sunday showed.

The bureau has not reported standalone monthly figures since July.

“Recent outbreaks of domestic epidemics have occurred frequently, the risk of global economic recession has intensified, and industrial enterprises are facing greater pressure,” the bureau said in a statement.

The downbeat data for the world’s second-largest economy also reflects a debt payment crisis within the country’s property sector and a sharp slowdown in consumer spending.

Since October, outbreaks have only grown and mounting anger over China’s harsh zero-COVID policies that aim to stamp out the virus sparked rare protests by citizens over the weekend. China on Sunday reported a fourth straight day of record cases.

Profits for manufacturers were down 13.4% in the first ten months, slightly lower than the 13.2% fall in January-September.

Sectors showing the steepest declines included the petroleum, coal and fuel processing industry which saw profits tumble 70.9%. That compares with a 67.7% drop for the first nine months.

Some sectors that have seen strong profit growth saw the pace of growth slow significantly.

In the mining sector, profits grew 60.4% in January-October compared with a 76.0% gain for the first nine months.

Some analysts now believe China’s GDP could contract in the current quarter from the third quarter, and have cut their 2023 forecasts, predicting the path to reopening the economy will be slow and bumpy.

Analysts from Nomura expect fourth-quarter GDP to shrink 0.3% from the preceding three months, and cut their fourth-quarter growth forecast on a year-on-year basis to 2.4% from 2.8%.

Likewise, analysts from Oxford Economics cut their 2022 and 2023 GDP forecasts as they believe a broadening of lockdown measures is expected.

To prop up the faltering economy, authorities have rolled out a flurry of measures recently, including moves to ease some COVID curbs and provide financial support to the property market, which have underpinned market sentiment.

On Friday, China said it would cut the amount of cash that banks must hold as reserves for the second time this year, releasing about 500 billion yuan ($69.8 billion) in long-term liquidity.

Last month, China’s industrial output surged 5.0% from a year earlier, missing expectations for a 5.2% gain in a Reuters poll and slowing from the 6.3% growth seen in September.