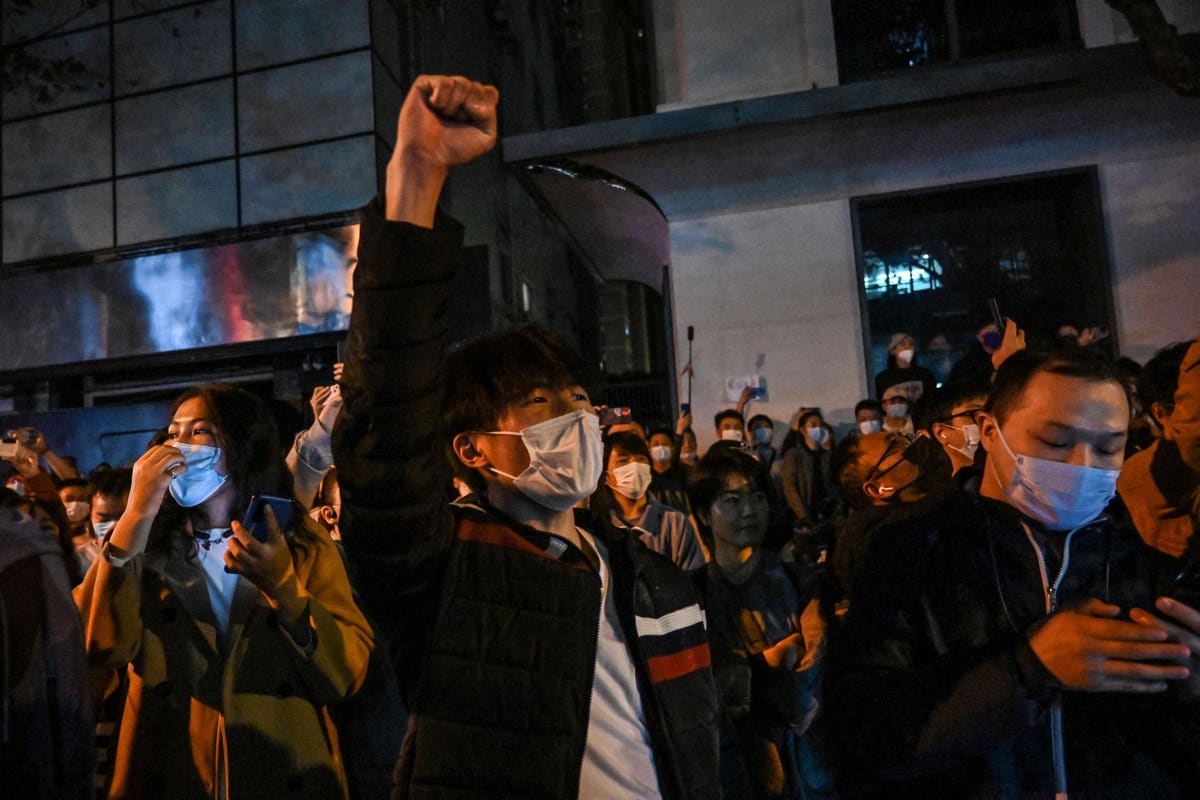 Rising oil prices as 2022 draws to a close signal a return to bull market conditions next year, with oil expected to cost over $100 a barrel as China eases Covid-related restrictions and supply remains at risk due to Russian aggression against Ukraine.

Concerns about the economy and the potential for a global recession continue to be a brake on prices, but the continued tightness of oil supplies trumps those worries. Current production numbers will be hard-pressed to keep up with consumption as the Chinese government – the world’s biggest oil importer – lifts its zero-Covid policy.

Oil markets remain volatile, but weak demand seems the least of its worries. It’s hard to see crude prices dropping below $80 a barrel for any extended period in 2023. There are too many factors pointing to a sizable breakout in oil prices.

It starts with China, where Beijing has begun easing its “zero-Covid” policy. After widespread public protests, China is moving to a “living with Covid” policy, with reduced testing and quarantine requirements that will boost demand as people begin traveling again.

China’s lockdowns were a major reason that oil prices faltered in the fourth quarter, and the country’s reopening prompted heavy trading in oil futures. Chinese oil demand fell in 2022 for the first time in two decades. Its return will have a massively bullish impact on prices next year.

The Organization of Petroleum Exporting Countries (OPEC) expects global demand to surge by 2.2 million barrels a day next year. That is well ahead of the oil cartel’s 2010-2019 annual average increase of 1.5 million barrels daily.

China will likely account for up to 60% of global demand growth next year as its consumption of oi returns to its previous record-setting pace. It is China’s reopening alone that provides the biggest bulwark against recession fears.

For US consumers, higher oil prices will mean it will cost more to fill-up the car and keep the heating turned up during what’s already proven to be cold winter. Other commodities will also cost more due to higher transportation and manufacturing costs.

But the bull market case for oil doesn’t stop with Beijing’s decision to reopen China’s economy.

OPEC remains steadfast in its commitment to higher crude prices through aggressive supply management. OPEC shocked consumer nations in October with its decision to cut 2 million barrels a day from the global supply, and the cartel now seems ready to act if prices threaten to fall below $90.

Saudi and other OPEC members need the revenue. The International Monetary Fund estimates that Saudi Arabia needs an oil price of $67 a barrel to balance its budget, but that figure could be as high as $80. Regardless, Riyadh wants to maximize the value of its oil reserves while it can as the West seeks to transition to cleaner energy options.

Russia, the lone heavyweight among the expanded OPEC-plus producer group, needs oil revenues even more as it persecutes a war in Ukraine that remains unpopular at home and abroad. Escalating Western sanctions against Russia offers another bullish wild card for oil markets.

EU embargoes and a related G7 price cap on Russian oil sales will take time to impact prices, but experts see the effect hitting in the first quarter of 2023 when the EU ban expands to include refined Russian products on Feb. 5.

Russian petroleum could drop by as much as 2 million barrels a day while Moscow struggled to find alternative buyers outside the EU. Even then, those buyers will have to use non-Western tankers and maritime services.

President Vladimir Putin could throw a wrench in the works by voluntarily cutting oil output in response to the West’s sanctions. Russia has threatened to reduce production by 500,000 to 700,000 barrels a day by early next year.

Moscow may be bluffing, but even the threat of a Russian output cut is enough to send ripples through the economy. Global diesel, jet fuel, and heating oil product markets are particularly at risk to Russia’s production decisions, given the country’s importance in meeting worldwide demand for middle distillates.

The situation speaks to the chronic underinvestment problem oil executives have been warning of for the past couple of years, as capital expenditures in new supply projects have lagged, save for in a few countries like the United States, Brazil, and Norway outside OPEC, and Saudi Arabia and the UAE inside the cartel.

The risk of a supply disruption causing another spike in oil prices in the second quarter of next year is genuine. The Biden administration is not in a strong position to respond if oil prices shoot up again.

Biden has already announced plans to end releases from the Strategic Petroleum Reserve (SPR) and to begin buying oil to refill the stockpile of oil stored in salt caverns on the Gulf coast after drawing it down to 40-year lows. Biden’s SPR policy effectively sets a price floor for oil.

At the same time, the White House remains committed to its aggressive climate agenda and anti-fossil fuel policies, which have included doing the bare minimum on oil and gas leasing and blocking permits for pipelines and other traditional energy infrastructure projects. The current political environment is not likely to convince the CEOs of US oil companies to invest in more supply.

While the economies of the United States and Europe are likely to enter recession in 2023, the IEA expects any downturns to be mild. Employment and consumer spending data in the OECD regions are solid, while inflation numbers indicate that price pressures have eased and likely peaked, boosting hopes for a soft landing.

It’s hard to envision a better setup for oil markets in 2023. It’s why oil market guru Danial Yergin predicts oil prices could hit $121 a barrel next year when China fully reopens. And it is why oil looks like an excellent place for investors in 2023 despite the economic headwinds expected to emerge around the world.