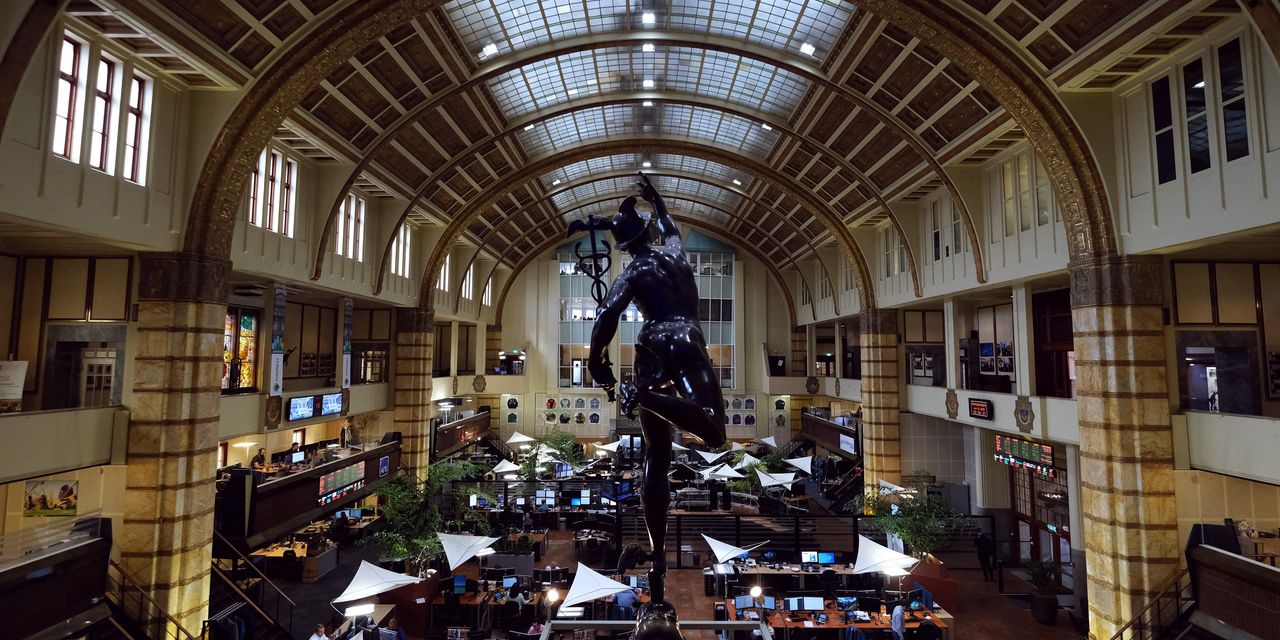 according to people familiar with the matter.

Trading was halted momentarily in several markets after major stock indexes plunged for a few minutes just before 10 am Central European time. Stocks in the Nordic region were hit the hardest, though other European stocks also tumbled briefly on a day when share prices around the globe declined.

Nasdaq and Euronext NV, which operate stock exchanges across the region, said they are investigating the cause. Nasdaq said it hasn’t seen any reason to cancel trades.

The nature and extent of the sales by Citigroup weren’t immediately clear. Citi declined to comment.

Investors thought the incident may have been caused by human error, known in industry parlance as a “fat finger.”

Sweden’s benchmark index, the OMX Stockholm All-Share, fell nearly 8% before largely rebounding. Denmark’s equivalent index fell over 6% around the same time and also mostly recovered. Both closed down around 2%.

Euronext temporarily halted trading to try to lower the impact on markets, according to a spokesman. Nasdaq said it used circuit breakers in the immediate aftermath of the crash on major stocks on Nordic exchanges, including Kone Oyj and Stora Enso Oyj.

Fat finger trades can be costly. In 2009, an oil trader on a bender placed around $520 million of trades for crude oil, saddling his company with $10 million in losses. In 2012, financial services firm Knight Capital lost $440 million from a computer-trading glitch that entered millions of trades in less than an hour.

has a history of untimely errors. In 2020, it was ordered by regulators to clean up systems meant to safeguard the bank and its clients and fined $400 million. It is spending billions of dollars to transform its technology and inner workings, a cost that has investors anxious. Chief Executive Jane Fraser has said it is the bank’s top priority to get it right.

The most recent pratfall came in August 2020, when Citigroup bankers accidentally paid the bondholders of client Revlon Inc.

On Monday, Citigroup shares were up fractionally in New York at $48.48.