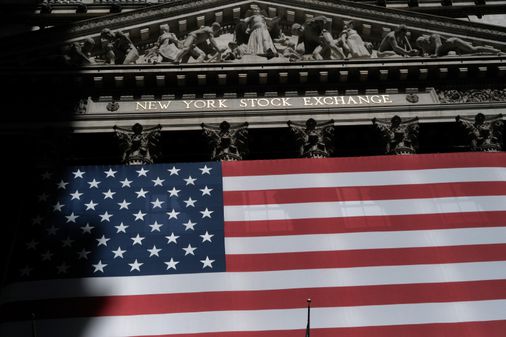 There are times, like right now, when “the market” is an enervating source of stress and distress for anyone with money on the line.

And there are times, like right now, when investing in stocks with the goal of putting a kid through college or retiring comfortably or just getting ahead in life feels like a Sisyphean cycle of exhilarating wins and crushing losses.

After a brief reply to start the week, the market resumed its descent on Tuesday. The Standard & Poor’s 500 index has shed about 18 percent since setting a record high in early January, moving inexorably toward the 20 percent selloff that constitutes what Wall Street calls a bear market. The tech-heavy Nasdaq is already off 30 percent from its November peak. Your portfolio results may vary.

Boston Globe tech reporters tell the story of the region’s technology and innovation industry, highlighting key players, trends, and why they matter.

The worst part of a bear market, besides the fears of penury, is the uncertainty. If only someone could just say, “Hold tight, it will be over by the Fourth of July.”

But not even the mighty Federal Reserve can do that.

In fact, the Fed isn’t entirely unhappy that stocks are taking a beating.

The central bank began increasing interest rates in March and will continue doing so until the economy cools down and the surge in consumer prices moderates from a 40-year high. The sharp selloff in stocks, and signs that the housing market is losing steam, suggest that tighter credit is already having the intended impact.

Sales of new homes fell nearly 17 percent in April from March, the largest drop in nine years, the Census Bureau said on Tuesday. The supply of new homes increased to 9 months from 6.3 months in March.

On Friday, the final reading from the University of Michigan survey of consumer sentiment in May will be released. The preliminary result posted earlier this month showed consumers, whose spending drives about two-thirds of the economy, in their most pessimistic mood since 2011.

Investors will continue to push stocks lower until it becomes clear that the Fed can wring out excess inflation and whether it can do so without forcing the economy into recession.

The average of the four “true” bear markets during this period lasted just over a year, with an average decline of 43 percent. The worst selloff was in 2007, at 56.8 percent, caused by the near-collapse of the banking system. The longest was 929 days, starting in 2000 with the bursting of the dot-com bubble.

Many of us signed up for this roller-coaster ride early in our working lives by joining an employer-sponsored retirement plan or opening an IRA account.

From the start, I diligently kicked in a portion of my paycheck each week, saved a little on taxes, and trusted that by the time retirement came around, there’d be enough money to do whatever people do when they don’t go to work anymore.

I admit I didn’t understand the Faustian nature of this deal until later in life. Even if I had understood, opting out wasn’t realistic. There is no alternative to the market that I can see.

People like me provide the patient, stupid money that greases the gears of industry and finance, helping others make fortunes. If I’m lucky, the nice (and very competent) people at money managers like Fidelity or Vanguard will save a modest slice of the pie for me.

And I’ve been lucky.

None of this makes the losses from the soon-to-be bear market of 2022 any easier to abide.

But patience and perspective are essential to sanity at times like this. We are stuck with the market.