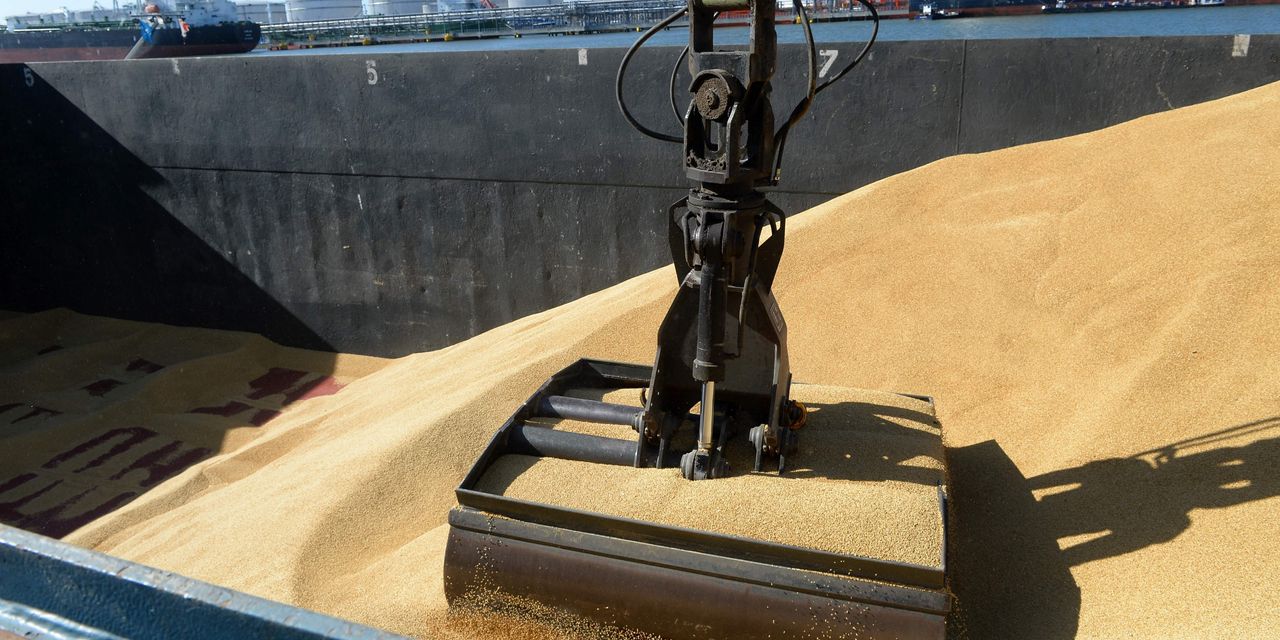 Volatile commodity prices in the wake of Russia’s invasion of Ukraine are forcing big trading houses to scramble for cash and feeding jitters over potential threats to the financial system.

But so far there’s little sign that the firms or clearinghouses pose a systemic danger, observers said.

“It is important to distinguish between ‘can fail’ and ‘too big to fail,’” wrote Craig Pirrong, finance professor at the University of Houston, on his “Streetwise Professor” blog on March 16.

“There is no doubt that commodity trading firms can fail, and have failed in the past. That does not mean that they are too big to fail, in the sense that the failure of one would or could trigger a broader disruption in the financial markets and banking system” in a manner similar to the deepening of the financial crisis that followed the collapse of investment bank Lehman Brothers in September 2008, he said.

BRN00,
,
wheat W00,
,
metals and other commodities have soared since Russia’s Feb. 24 invasion of Ukraine, but have also seen significant volatility. While that would seem to be a positive for commodity trading firms, it has contributed to a cash crunch. Exchanges and the brokerage arms of banks have demanded increased down payments, or margin, that traders in futures markets must put down, The Wall Street Journal noted.

That in turn has forced players in some cases to reduce positions, news reports said, reducing liquidity and amplifying price swings. Physical traders have moved to bolster credit lines to finance cargoes.

Trafigura, one of the world’s largest commodity trading firms, announced Wednesday that it had more than doubled the size of a credit facility with banks, which would allow it to borrow up to $2.3 billion.

A trade group representing Europe’s largest energy traders asked governments and central banks for emergency assistance earlier this month. In a letter, the European Federation of Energy Traders, whose members include BP, Shell and commodity traders Vitol and Trafigura, said there was a need for “time-limited emergency liquidity support to ensure that wholesale gas and power markets continued to function,” news reports said. EFET members have raised the issue with central banks, the Financial Times reported, citing people familiar with the matter

But the volatility seen around commodity markets so far hasn’t appeared to put undue stress on US exchanges or clearinghouses, which along with regulators have stress-tested adverse scenarios, said Timothy Massad, who served as chairman of the US Commodity Futures Trading Commission from 2014 to 2017 and, before that, served as assistant secretary for financial stability at the Treasury Department, overseeing the Troubled Asset Relief Program.

“I would say so far at least [U.S.] clearinghouses have been able to handle that adequately,” Massad said, noting, however, that the London Metal Exchange ran into problems amid a short squeeze that resulted in the closure of nickel trading and continued volatility in trading of the commodity.

Reading: The nickel market tumult: What investors need to know

Pirrong wrote that even the biggest commodity trading firms aren’t so big when compared with major financial institutions, noting, for example, that Trafigura’s total assets were around $90 billion at present versus roughly $640 billion for Lehman in 2008, while markets now are also substantially larger than they were 14 years ago.

“If you compare asset values, even the biggest commodity traders rank around banks you’ve never heard of,” he said.