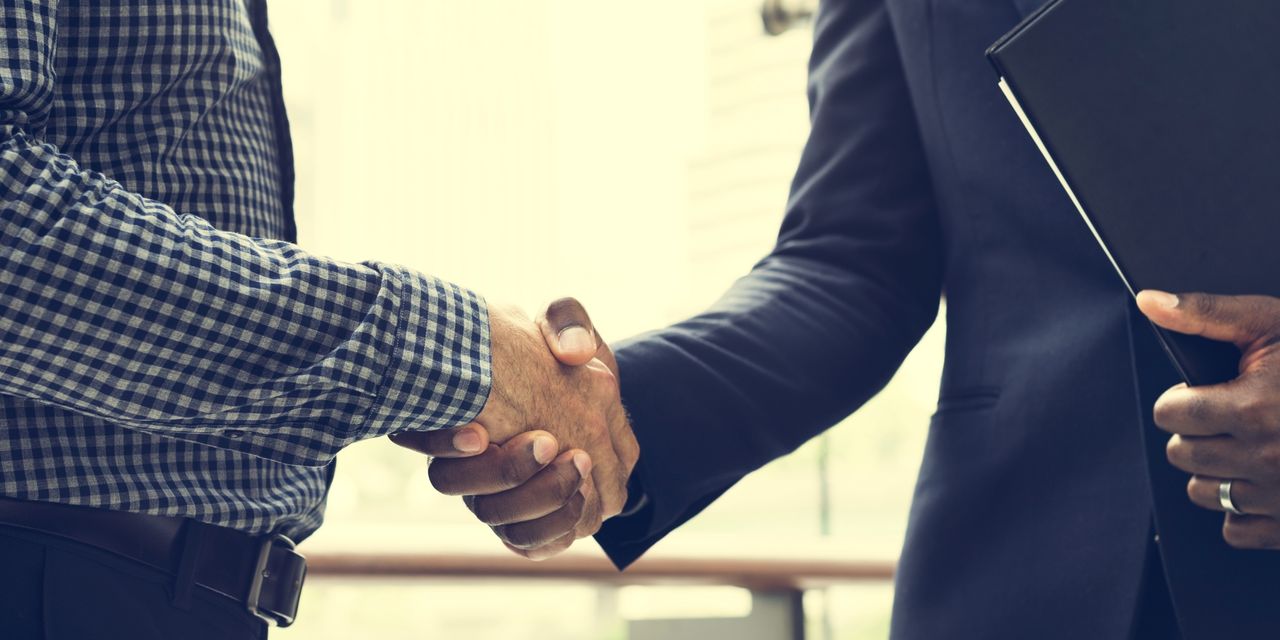 
Mergers and acquisitions have recently exploded. If the deals keep flowing in, that will help boost a recently ailing stock market.

Announced M&A deals in the US soared in April and May. In those months, there was a period that saw almost $80 billion worth of deal announcements in the US, according to data from Evercore. That’s above the sub-$30 billion seen during many multiweek stretches this year. If deals were to maintain this accelerated pace, that would be just under $1 trillion of tie-ups annually. For reference, there was about $1.15 trillion worth of deals in all of North America in 2021.

A morning briefing on what you need to know in the day ahead, including exclusive commentary from Barron’s and MarketWatch writers.

Driving the spike in M&A has been lower valuations, making target companies more appealing to buyers. the


S&P 500
is down 13% from its Jan 3 all-time high. Its aggregate forward price/earnings multiple is down to about 17.5 times from about 23 times earlier in the year. One reason is that economic and earnings growth are expected to slow down as a result of high inflation and rising interest rates. A surging 10-year Treasury yield also reduces the present value of future profits, thereby reducing earnings multiples. Now, companies—especially ones that can keep growing—are priced much more attractively.

If the high volumes of deal activity continues, that would be a boon to the stock market. The potential for more deals makes shares of the companies that are buyout candidates attractive to own. Usually, buyers pay a significant premium over the market price to buy control of a company.

That’s especially true for technology companies. Tech stocks have gotten hit the hardest this year, mainly because rising long-dated bond yields have a more devastating impact on the valuations of fast-growing companies, which are valued on the basis that they will pump out a bulk of their profits far into the future. Now, tech stocks look much cheaper, especially because their earnings are much less impacted by lower economic demand. the


Technology Select Sector SPDR Fund
(XLK) has fallen about 19% from its early December peak and its aggregate forward earnings multiple is down to 20.7 times from a pandemic-era high of just over 28 times. Some investment bankers are now calling for a strong flow of deals in the tech sector.

(SAIL) agreed this April to be acquired by private-equity firm Thoma Bravo for $6.9 billion. SailPoint, a cybersecurity software provider, saw its stock surge 25% on the news. Its market capitalization before the deal was just over $4 billion.

There could be more of the same in the cybersecurity space. The $5.9 billion by market cap

(CYBR) is a “top” buyout candidate, says Wedbush Securities analyst Dan Ives. The stock has fallen 27% from its early November high. The still-unprofitable cybersecurity company now trades at a forward price/sales multiple of 9 times, down from a peak of 14. At the right price, it could add a lot of value to a larger software or cybersecurity company, as CyberArk is expected to see its annual recurring revenue compound at a 28% annual clip for the next three years, according to FactSet. To be sure, there have been no rumors about the company getting acquired. It simply looks like a candidate.

Investors should just keep their eyes peeled for buyout candidates.