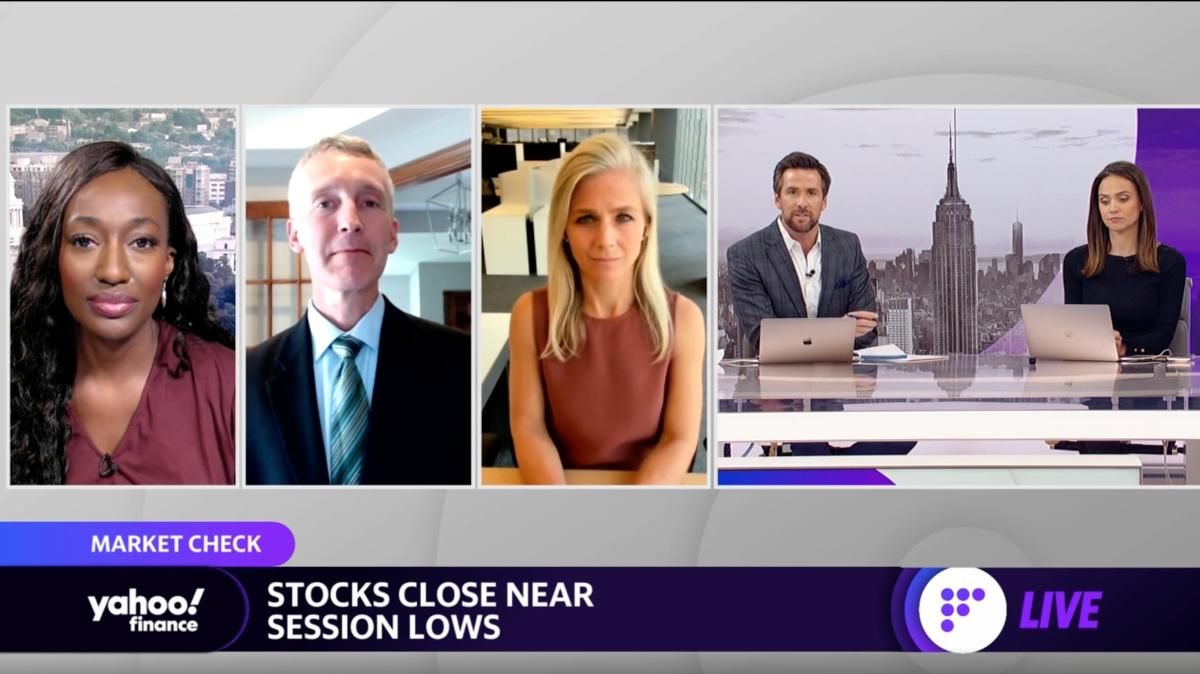 US equity had indexes churned higher and lower during the session as investors picked through US inflation data for clues about the Federal Reserve’s rate hiking path.

US data showed higher-than-expected core inflation, excluding items such as oil prices. Some investors appeared encouraged by the annual consumer price growth change to 8.3% in April from 8.5% in March even though it was above the 8.1% analyst estimate.

While some investors were encouraged by the year-over-year improvement, others noted inflation was still red hot and that this was highlighted by oil futures rally.

“This is all about concern about a recession. The inflation numbers we got this morning were not good, worse than expectations … There’s high food prices and increasing concern inflation numbers are going to be sticky on the high side,” said Tim Ghriskey , senior portfolio strategist at Ingalls & Snyder.

The strategist also pointed to a flattening yield curve, referring to the difference between long-term and short-term Treasury yields as an ominous sign.

“We’ve a very flat yield curve that’s been flirting with inversion. That scares traders about the prospects for a recession. There’s too many investors out there who believe the Fed can engineer a soft landing. That looks increasingly doubtful.”

The S&P closed at its lowest level since March 25 2021 and 18% below its Jan. 3 record finish. Nasdaq lagged its peers sharply as interest rate-sensitive growth sectors, technology and consumer discretionary, underperformed the rest of the market also closing down more than 3%.

MSCI’s gauge of stocks across the globe shed 0.88%, registering its lowest close since November 2020.

Earlier, Jim Paulsen, chief investment strategist at The Leuthold Group in Minneapolis was taking the glass-half-full view pointing out that inflation, while still high, appeared to be starting to moderate.

“At the end of the day we can get all excited about whether it’s a little higher or a little lower but clearly the year-on-year inflation rate rolled over and looks like it peaked in March. It seems to have turned the corner, “he said.

The US dollar gained ground initially after the inflation news then fell but rose a bit in late trading.

In early trade, benchmark 10-year Treasury yields had fallen to their lowest levels in a week. But after the inflation data, yields marched back up toward the three-year high of 3.203% hit on Monday before falling again.

“The volatility of all the markets is really something, the whiplash aspect of the day,” said Lou Brien, market strategist at DRW Trading. “You’re seeing a bit of a flight to safety and maybe the idea that even with the CPI today that we’re going to re-flatten the curve.”