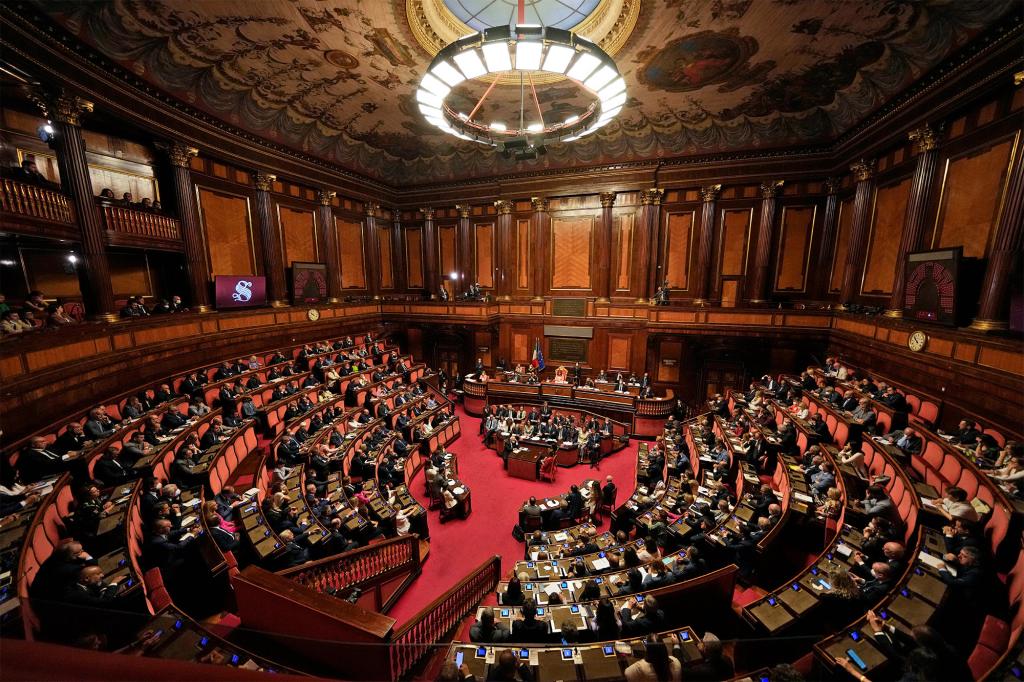 Remember how a dozen years ago the Greek sovereign-debt crisis roiled US and world financial markets? Get ready for another European debt crisis this fall — but this time in Italy, a country with the world’s third-largest government-bond market and an economy some 10 times the size of that of Greece.

It’s never a good time for Italy to have a major political crisis. But this one is occurring at a particularly inopportune moment. At 150% of its economy, Italy’s public debt has reached its highest level on record. At the same time, its economy is being battered by the European Central Bank’s shift to a more restrictive monetary policy to fight inflation and by Russia weaponizing its natural gas exports as part of its war against Ukraine. This makes it difficult to see how a sclerotic Italian economy in political turmoil will be able to grow its way out from under its debt mountain.

The collapse of the coalition government of Mario Draghi, a former ECB head, triggered Italy’s latest political crisis. This opens the way to early parliamentary elections, probably in September or October. It also means considerable political uncertainty — not least because it could lead to the formation of a neo-fascist government led by the Brothers of Italy party, which is not known for being supportive of the European Union.

The COVID pandemic inflicted serious damage to the Italian economy and to its public finances. Up until now, Italy has been kept afloat by large-scale European Central Bank purchases of Italian government debt under its Pandemic Emergency Purchase Program. Indeed, in 2020 and 2021, the ECB bought the entirety of the Italian government’s net debt issuance.

Unfortunately for Italy, the ECB’s bond buying under that program has ended as part of the bank’s shift toward a more restrictive monetary policy to deal with Europe’s inflation problem. That shift also includes Thursday’s 50-basis-point hike in the ECB’s policy interest rates, larger than expected and the first increase in 11 years.

Over the past few weeks, Italy’s heightened political uncertainty has led to a large sell-off in its government bonds. Those bonds’ yields rose to nearly 4% percent, more than 2 percentage points higher than German government-bond yields. Recognizing that such a sell-off could soon morph into another round of the eurozone sovereign-debt crisis, the ECB also Thursday introduced a Transmission Protection Instrument. In principle, with that device the ECB can again buy large amounts of Italy’s bonds as needed to keep Italian interest rates at a reasonable level. But it can only do so if a number of strict conditions are met.

Among them are the need for the ECB to be satisfied that the country is managing its public finances properly and that its public debt is on a sustainable path. This might be a tall order for a lame-duck Italian government in the run-up to contentious parliamentary elections. It might be an even taller order should a populist party making lavish electoral promises win those elections.

Even the most stable of Italian governments would have trouble putting the country’s public finances on a sounder footing, especially if Russian natural gas shortages were to throw Italy into a deep economic recession. As has proven the case in the past, any effort at Italian budget belt-tightening could be counterproductive. No longer having a currency of its own to depreciate to promote its export sector, Italy could find that belt-tightening will deepen its recession and thereby reduce its tax collections.

All these more than likely points to considerable volatility over the next few months in the Italian bond market in the run-up to the parliamentary elections as investors question the country’s long-run ability to repay its debt.

Desmond Lachman is a senior fellow at the American Enterprise Institute. He was a deputy director in the International Monetary Fund’s Policy Development and Review Department and the chief emerging market economic strategist at Salomon Smith Barney.