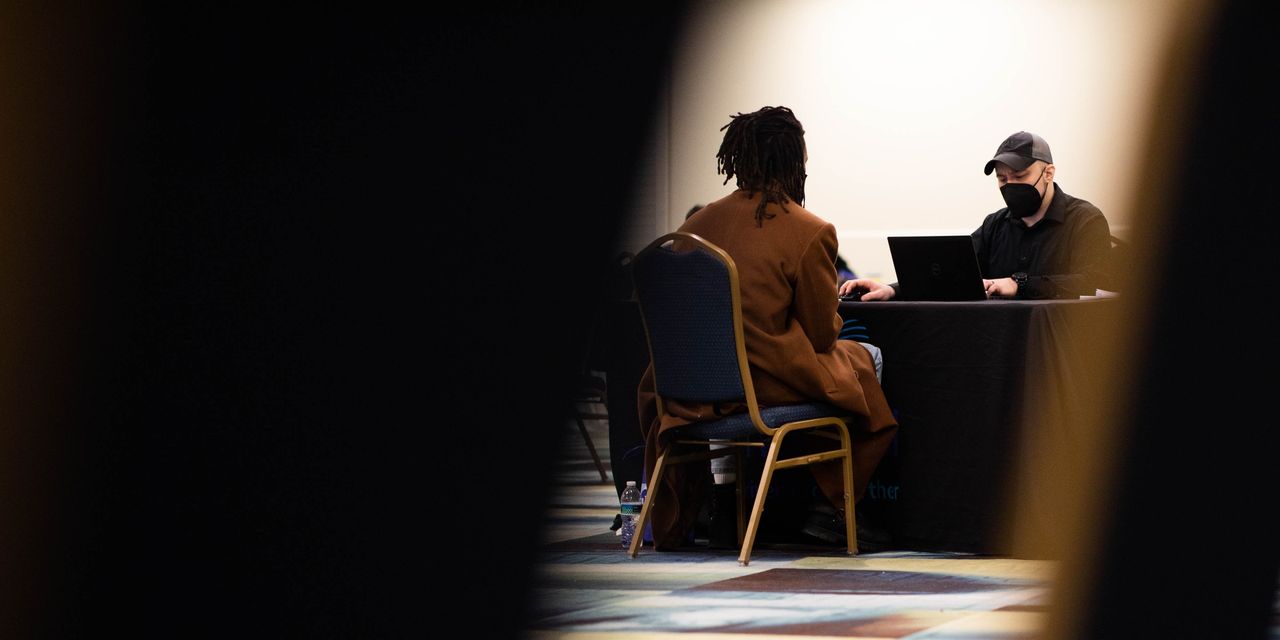 Demand for workers remained close to a record high at the start of the year despite the disruptions of the Omicron Covid-19 variant, another sign of a muted impact of the variant on the US economy.

The Labor Department on Wednesday said there were 11.3 million job openings in January, down slightly from the previous month’s revised 11.4 million—a new high. The number of times workers quit their jobs fell slightly to 4.3 million while hiring remained at 6.5 million at the start of the year.

Separate private-sector figures showed that employers had more than 10.8 million openings at the end of February, according to job search site ZipRecruiter,

a slight increase from the prior month’s estimate. Indeed, another job-search site, estimates there were 10.7 million job openings in mid-February. The Labor Department numbers lay behind private-sector data by about a month.

Last year, workers quit their jobs at the highest rate on records back to 2000, the Labor Department said. That shows Americans were willing to leave employment in search of better wages or more desirable perks, including remote work, economists say.

Job openings also rose to a record high last year, exceeding 11 million in July 2021, up from just over seven million to start last year, according to the Labor Department. Openings have since held near that record levels.

“Job openings are still very strong and we are seeing a little bit of a flattening, but they’re plateauing from enormous heights,” said Julia Pollak, chief economist at ZipRecruiter.

Other indicators have shown that the US economy’s recovery remained on solid footing in recent months, despite temporary disruptions due to the Omicron variant. Employers have added more than a million jobs in the first two months of this year, consumer spending rose at a brisk pace in January, and the unemployment rate is edging closer to its pre-pandemic level.

With the pandemic easing, some firms are recalling workers to the office or other in-person settings. That may have some employees contemplating quitting their jobs.

Workers “don’t want to be told they need to be physically somewhere at a specific time,” she said. “That’s when they’re picking up the phone and calling us.”

Competing for workers with businesses that offer remote work is especially a challenge for the ones that can’t provide that option.

“Retail is one of the most challenging places to retain workers,” Ms. Zinn said, noting lingering health concerns and, until last month, a mask mandate in Atlanta. “It’s different if you’re working at home and you can do whatever you want. We are an in-person business.”