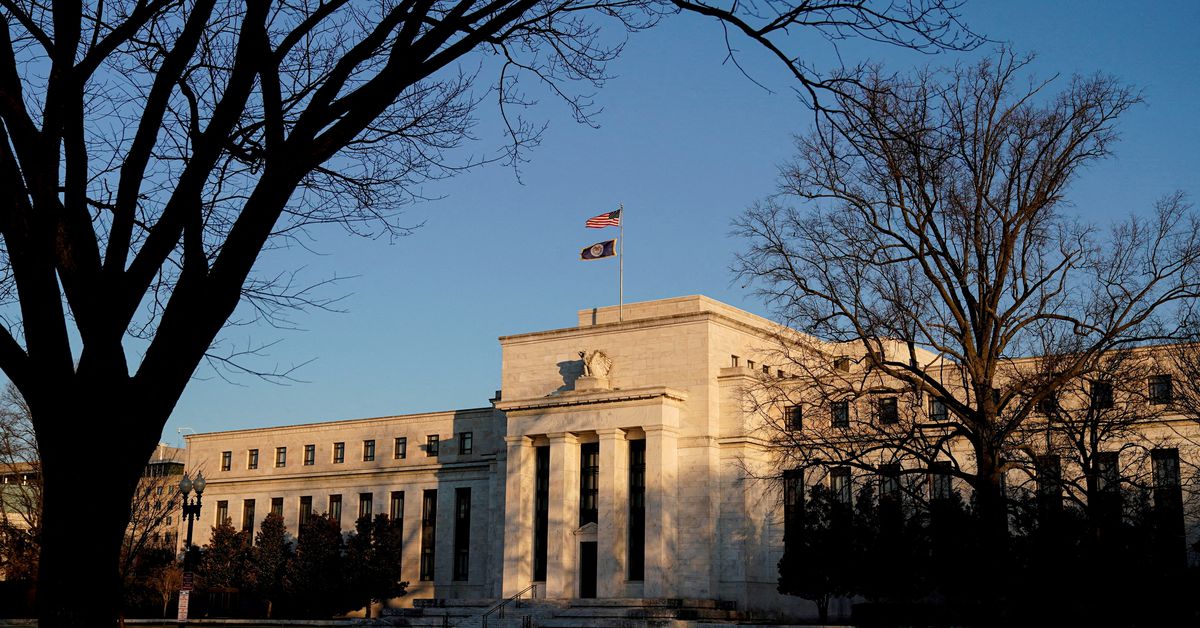 A look at the day ahead in US and global markets from Mike Dolan.

The alarming developments failed to derail a more upbeat start to the first full trading week of the year in other major markets, however, with a positive take on Friday’s US employment report for December and China’s re-opening of its borders after years of zero COVID restrictions.

Asian and European bourses climbed and US futures were higher ahead of their 5th session of 2023 – reminding some of an oft-cited ‘five day rule’ which suggests US stocks tend to gain for the year ahead if they are net positive after 5 days.

Although the US payrolls report showed labor markets remaining tight, readings on wage growth and a surprisingly sharp downturn in service sector business confidence last month encouraged those betting on an early peak in Federal Reserve interest rates this year.

Although 10-year US Treasury yields nudged up on Monday, they hit their lowest in three weeks after the jobs data and service industry reports. Fed futures see about another 60 basis points of Fed hikes to just under 5% by mid-year and then a half point of rate cuts over the second half of 2023.

Fed chair Jerome Powell speaks on Tuesday but the big data release of this week is Thursday’s consumer price report. The fourth quarter earnings season then kicks off in earnest on Friday with many of the big banks reporting.

Goldman Sachs will start cutting thousands of jobs across the firm from Wednesday, two sources familiar with the move said on Monday, as it prepares for a tough economic environment in the year ahead.

The dollar, meanwhile, bore the burnt of Friday’s market shift – most notably against China’s yuan on Monday amid optimism about the COVID reopening news. The offshore yuan hit its highest since August.

Shares of listed Chinese companies that count Ant Group as a major shareholder also surged on Monday after announcements that Ant founder Jack Ma is giving up control of the fintech giant following an overhaul.

The euro jumped to its highest in a week, as traders contrasted the US business readings and Fed hopes with more positive signs of a shallow recession in the euro zone and more hawkish noises from the European Central Bank.

The gap between positive euro zone economic surprise indices and negative US equivalents is now at its widest since June.

Oil prices ticked higher on Monday, but the positive signal for inflation watchers is that year-on-year Brent crude prices have slipped into negative territory for the past week.

Diaried events and data releases that may provide direction to US and world markets later on Monday:

Opinions expressed are those of the author. They do not reflect the views of Reuters News, which, under the Trust Principles, is committed to integrity, independence, and freedom from bias.