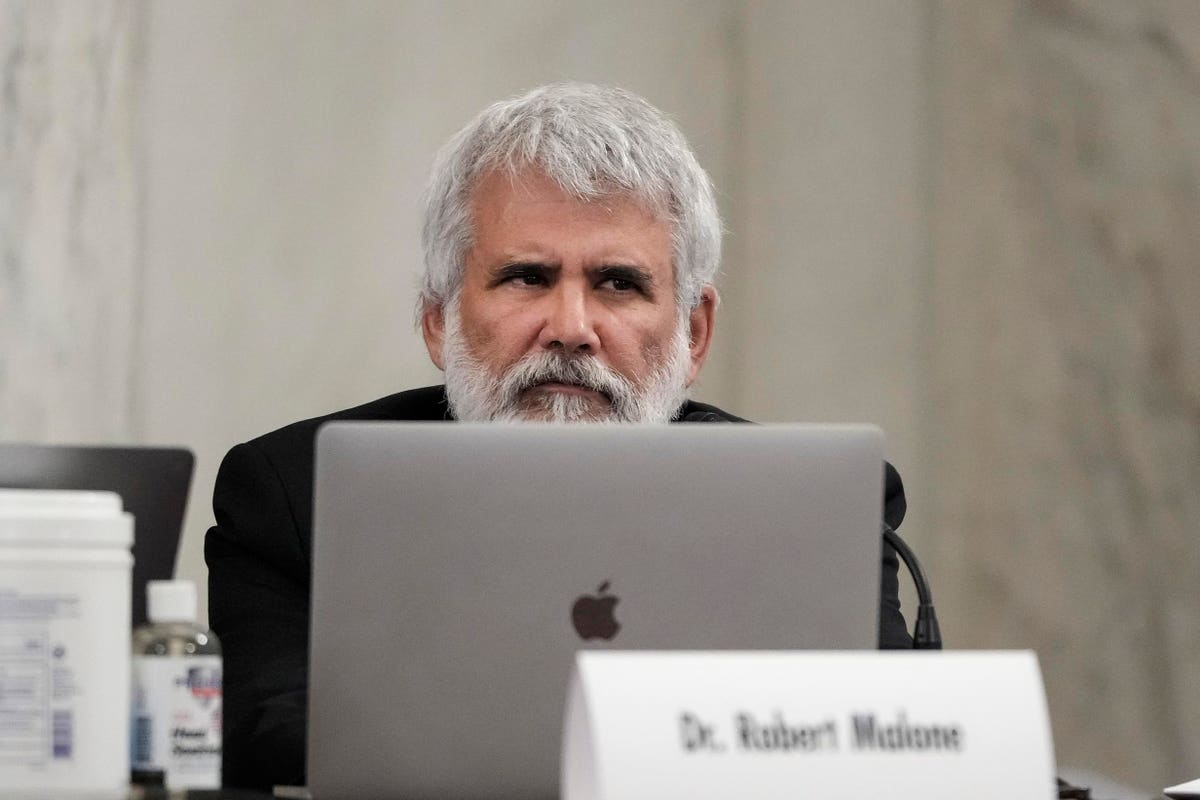 Talk about manufacturing an argument. At a recent event, Robert Malone, MD, MSc, who’s made a lot of questionable Covid-19 vaccine claims during the pandemic, asserted that people are being coerced to get the annual flu vaccine in order to “maintain warm base manufacturing in case something like 1918 ever happens again.” He tried to build on this claim in an interview that’s being shared on social media when he claimed that yearly influenza vaccination “is there to basically build a market.” He made both of these claims despite the fact that each year around 290,000 to 650,000 influenza-related deaths occur around the world with 12,000 to 52,000 of them being in the US and the many scientific studies that have shown how effective the flu vaccine has been in preventing the flu, flu-related hospitalizations, and flu-related deaths. Speaking of scientific studies, what evidence did Malone provide to support his claims? Well during the interview he did say, “I know this business up one side and down the other.” So, what should you believe, years of scientific evidence or a guy who is essentially saying “trust me?”

Malone made the first claim at “The Future of Medicine in Post-Covid America: Florida Summit on Covid II” even that’s listed on the Front Line COVID-19 Critical Care (FLCCC) Alliance website. Now the FLCCC Alliance is presumably not pronounced the “Fleece” Alliance. But Christina Szalinski covered the FLCCC Alliance in an article for Scientific American entitled “Fringe Doctors’ Groups Promote Ivermectin for COVID despite a Lack of Evidence,” describing it as “a group of physicians and scientists who champion ivermectin, along with other drugs and vitamins with dubious efficacy against COVID.” Yeah, the word “fringe” unless it’s followed by the word “benefits” or “cake” doesn’t tend to be a positive term. The same often applies to an emoji of a cat doing the “Home Alone” Macaulay Culkin expression, which appeared in a tweet from Nick Mark, MD, an intensive care doctor in Seattle, Washington, showing some of these FLCCC-promoted non-evidence based treatments:

So what specifically did Malone say at this “Future of Medicine in Post-Covid America” event about the annual flu vaccine. Alas, he asserted, “The annual influenza vaccine program, if you dig down through all the logic of the federal funding, et cetera, it’s wrapped around the idea that we should force, we should coerce, basically, the population to take a product on an annual basis so that we can maintain warm base manufacturing in case something like 1918 ever happens again.” In mentioning 1918, Malone presumably wasn’t referring to the Boston Red Sox winning the World Series that year but instead to the influenza pandemic that started that year and ended up leaving about 50 million dead worldwide and 675,000 dead in the US during its over two – year course.

Umm, anyone who asserts that the annual flu vaccine is there just to maintain warm base manufacturing is getting pretty cold on the real reasons for the yearly flu shot. Flu vaccines were first developed and used in the 1940’s after influenza had proved itself to be a killer not just during a pandemic but each and every year.

Since then, flu vaccines have been studied up the wazoo. That’s figuratively, not literally, because the flu vaccine is supposed to go into your arm if it’s the injection and up your nose if it’s the inhaled version. For example, the Centers for Disease Control and Prevention (CDC) has compiled nearly two decades of seasonal flu vaccine effectiveness studies on its website. As you can see, from 2009-2010 to 2019-2020, measured effectiveness ranged from a low of 19% in 2014-2015 to a high of 60% in 2010-2011 with effectiveness being 40% and higher in seven of those flu seasons .

Now, the influenza vaccine is not like eating a salmon avocado roll while listening to Adele singing, “Rolling in the Deep.” It’s not perfect. It’s effectiveness does depend on how well the influenza virus strains put in the vaccine that year match the influenza virus strains that end up circulating come influenza season. A good match means higher effectiveness. A poor match means lower effectiveness. Lower protection is still much better than no protection though. After all, chances are you’ve never walked up to someone wearing nothing but underwear at work and told that person to remove that underwear immediately because it’s not offering enough coverage. Or maybe you have depending on what you happen to like and where you work. Regardless, when it comes to flu. some protection is better than no real protection.

So given all the scientific studies that have shown how effective the flu vaccine is in preventing the flu and flu-related complications like death, what scientific evidence did Malone provide to support his claims about the flu vaccine? The answer rhymes with “caught a bowl bot.” Yeah, not a whole lot.

His main argument seemed to be that he “knows the business.” But how much demonstrable and verified experience does Malone have in studying flu vaccine effectiveness? Malone became more widely known during the Covid-19 pandemic when he began making claims about Covid-19 and Covid-19 vaccines without supporting such claims with, you know, a little thing called evidence. For example, as I have covered in forbes previously, Malone claimed on the Joe Rogan Experience podcast about Covid-19 vaccines, “Our government is out of control on this and they are lawless. They completely disregard bioethics, they completely disregard the federal common rule, they have broken all the rules that I know of that I’ve been trained on for years and years, these mandates of an experimental vaccine are explicitly illegal.” He also suggested that the US government in 2021 was like Nazi German government in the 1930’s and they were somehow hypnotizing the public. Then there were Malone assertions about the Covid-19 vaccines that “the science is settled. They’re not working,” As I’ve reported for forbesMalone made such strong statements despite a number of studies showing that the Covid-19 vaccines have helped reduce the risk of severe Covid-19 outcomes.

It now looks like Malone is a bit flu of it, pivoting towards (or against) seasonal flu vaccines. His assertion that such flu vaccines have been recommended simply to “maintain warm base manufacturing” is a warm pile of you-know-what. It’s easy to manufacture any type of conspiracy theory when you aren’t being asked by an interviewer on a podcast or TV show or a moderator on a panel to actually provide real concrete scientific evidence to support what you say.