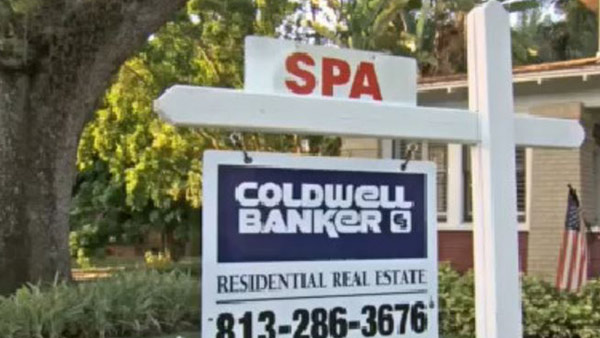 TAMPA, Fla. (WFLA) — In the Realtor.com and The Wall Street Journal’s annual emerging housing markets index, the Sarasota and Tampa metro areas both broke into the top 20 rankings.

North Port-Sarasota-Bradenton was ranked third of the top 20, while Tampa-St. Petersburg-Clearwater hit No. 19. In total, four Florida markets were in the top 20, with the other two being Naples and Fort Myers taking fifth and 15th place.

The emerging markets ranking tracked population size, unemployment rates and median prices for the month of March. According to the study, rankings were produced upon review of the 300 largest metropolitan areas in the United States.

Realtor.com’s analysis said the things all of the areas in their top 20 metros had were “strong local economies,” a mix of different private industries, health care, higher education and government facilities and institutions.

Low unemployment rates were also common among most of the top 20 areas. With the exceptions of the Santa Cruz-Watsonville and Yuma markets in California and Arizona, every market on the list had an unemployment rate below 4%. In such a competitive market, the Realtor.com/WSJ analysis said buyers are rushing to find homes as prices continue to rise.

“Homebuyers responded to rising rates by rushing to find a home amid a landscape marked by a significant shortage of homes,” the report said. “With growing demand meeting insufficient supply, median list prices hit a new record in March, reaching $405,000.”

In addition to a hot market, interest rates on mortgages have also increased while the Federal Reserve works to fight off inflation, but that’s not the only factor adding to the market’s fluctuations.

Florida teachers among worst paid in US even with budget surplus

“Adding a large dose of uncertainty, the first quarter of this year also saw Russia invade Ukraine, and unleash a destructive war which led to loss of lives, infrastructure, as well as the displacement of over 4.5 million Ukrainians who took refuge in neighboring European countries,” Realtor.com and WSJ reported. “As the international community responded with economic and financial sanctions, the war’s impact spilled over into global supply chains and capital markets, leading to increased volatility.”

Despite the hot market and shortage of available inventory, Florida has remained at an in-demand place to live and move to for months. That’s reflected in the fact that 20% of the top 20 list is in the Sunshine State.

According to the market index, places like North Port-Sarasota and Naples, Fla. were among areas with 50% increases in out-of-state visitors. Part of that is the locale’s views for travel and trips.

The interest in the areas as a place for vacationing have led the way to turning them into destinations for moving instead, even as affordability remains potentially out of reach with rising home purchase costs.

As the nation continues to reopen post-COVID-19 pandemic, Realtor.com said areas like Tampa will continue to rise in the rankings of places people are moving to, giving boosts to local economies but adding to costs of living as communities and traffic become cramped and congested.

The full ranks for the top 20 metro areas are below.