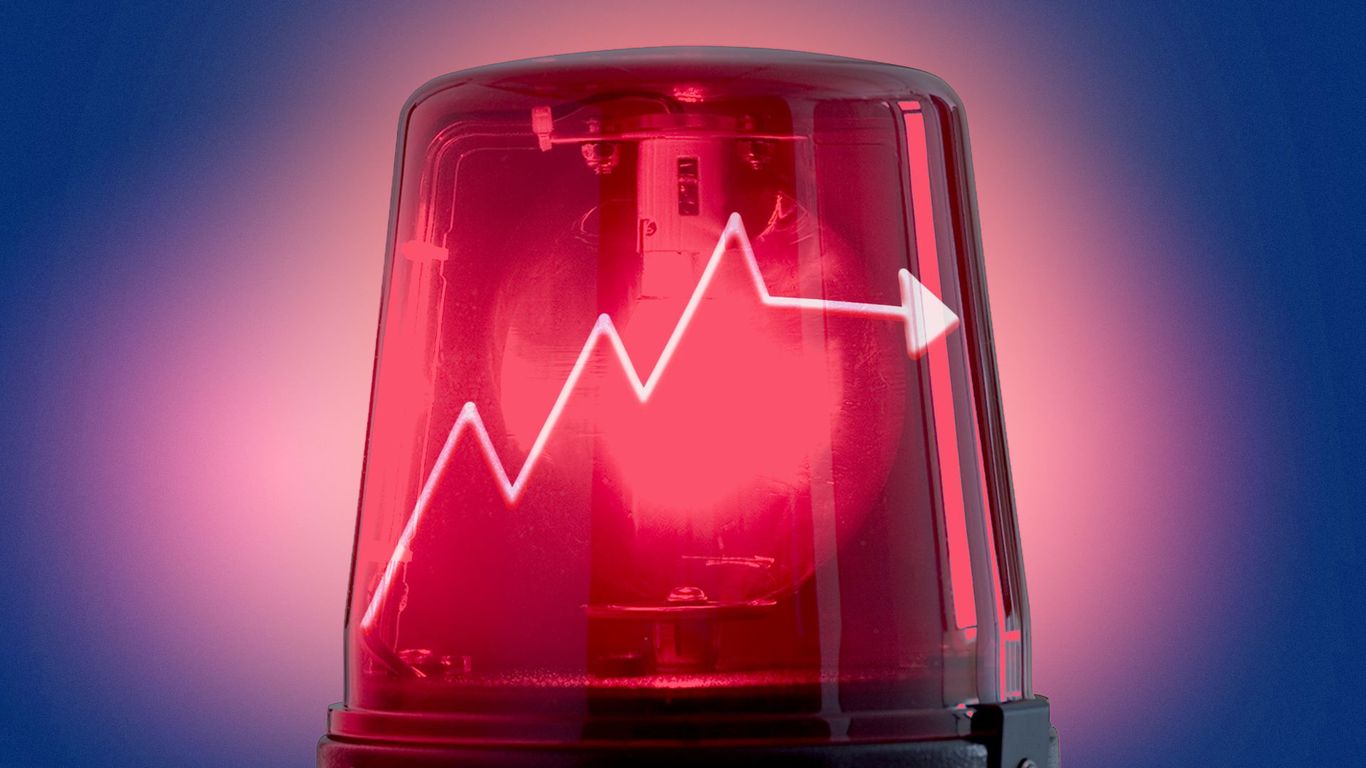 Traders are hitting the sell button on virtually every key asset class — including stocks, bonds and bitcoin — ratcheting up the fear factor on Wall Street and sending the S&P reeling to its weakest levels in a year.

Why it matters: The Federal Reserve is laser-focused on taming inflation, and that’s making markets increasingly jittery as the US economy sends mixed signals on growth.

This time it’s really different: The Fed’s pivot from super-accommodative to a “fire and brimstone” approach (in the words of JPMorgan global strategist Marko Kolanovic) to price pressures has sparked market volatility for weeks. But spiking bond yields, which are reacting to inflation and Fed expectations, underscore how government paper has relinquished its traditional role as a safe-haven when stocks are in turmoil.

What they’re saying: Treasury Secretary Janet Yellen said on Monday that markets were functioning in an orderly way, but that there was “potential for continued volatility and unevenness of global growth” in the face of the pandemic. Still, Wall Street analysts are somewhat less sanguine.

Thought bubble: With markets in panic mode and dark clouds enveloping China, the Fed’s job engineering a soft landing for the economy is getting tougher by the day.