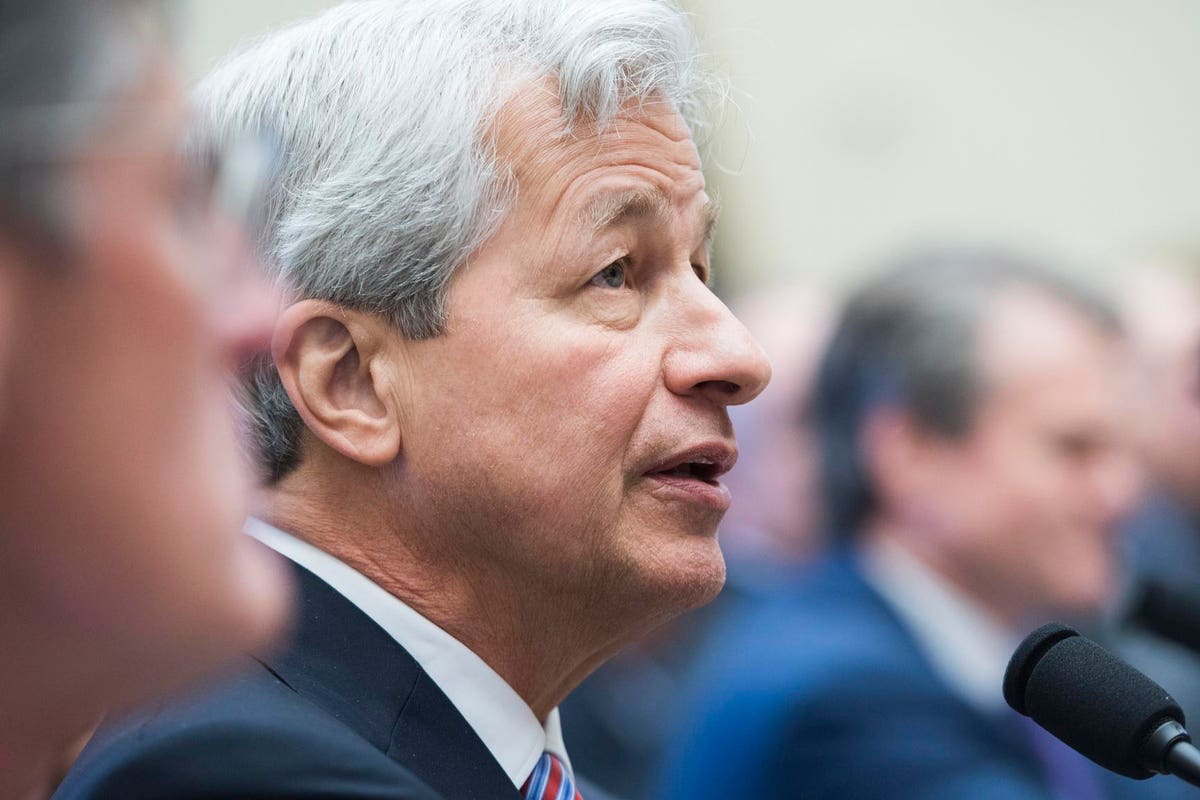 The mission of JP Morgan Chase &Co (JPM) is to “be the most respected financial services firm in the world.” In many ways, that is already “mission accomplished.” JPM is the world’s largest bank by market capitalization. It is the fifth-largest bank in the world in terms of total assets—almost US$4 trillion. In the 2008 financial crisis, it was JPM that the US government turned to for help. Just a few words from its silver-haired chairman and CEO Jamie Dimon can lift the entire stock market—albeit briefly.

Yet in the last few months, JPM has experienced several marks of disrespect.

The latest episode of disrespect came last Monday (May 23) when a full day’s investor conference failed to allay investors’ skepticism at JPM’s plans to invest heavily in technology.

Back in January 2022, JPM’s shares had begun tanking when Dimon announced that it was ahead of its long-standing approach of careful expenditure control and was going to spend heavily in technology. CEO Dimon has long been frustrated by the sky-high valuations of fintechs. And it is little consolation that JPM is valued more highly than other big banks, like Bank of America or Citigroup, when JPM is worth only a fraction of tech stocks like Apple and Microsoft (Figure 1).

· On May 17, in a rare rebuke at a JPM shareholder’s meeting, investors voted against a $53 million incentive package for Dimon, contingent on JPM attaining improved market capitalization—a condition that implied that JPM’s primary goal is increasing shareholders value.

The Unsuccessful Attempt To Get Investor Respect

At last Monday’s investors’ conference, JPM’s leadership team spent the day explaining JPM’s investment plans. While JPM got a one-day bump in its stock price, the overall results were frustrating.

Joshua Franklin at the Financial Times reported that JPM estimated that overseas digital losses could top $1 billion in coming years. Sanoke Viswanathan, JPM’s chief executive for international consumer growth initiatives, said that the digital business would not break even until 2027 or 2028. Nevertheless, JPM will, the Financial Times reported, “expand the digital bank to other countries over time.”

“There’s no chance,” Dimon explained, “that JPMorgan will put 100 branches in Mumbai or Hong Kong or London or anywhere and actually compete.” In effect, JPM is betting on digital because there is no other way to grow overseas.

By day’s end, analysts were still skeptical. “The bottom line is that you are still spending a lot of money this year,” analyst Matt O’Connor of Deutsche Bank told Dimon. “Are you doing too much all at once?” he asked.

The Missing Answer To The Question

Dimon’s obvious answer to the question would have been to highlight the specific differences in the lives of customers that JPM’s UK digital banking services are making or will make—benefits that customers are not receiving from other banks. The fact that this response was not on Dimon’s lips points to why the UK digital bank will not become profitable before 2027 or 2028.

Moreover, in the digital age, talking about a five-year profitability horizon is like talking in light years. Given fast-changing technology, no one knows what banking will look like in 2027.

What Dimon needed—and failed—to say was: how the life of a JPM digital customer is different today. The fact that such an answer was neither given nor apparently available, suggests that JPM has yet to grasp what it takes to become successful in tech. Simply telling customers, “We are JP Morgan—the most respected bank in the world: come bank with us,” won’t get the job done.

What Is JP Morgan’s Mission?

As a first step towards becoming successful in tech, JP Morgan could begin with its mission statement. Its official mission of “being the most respected financial services organization” will not be enough. Moreover, JPM’s leadership role in advancing stakeholder capitalism at the Business Roundtable in August 2019 turned out to be just PR. The fact that different mission statements exist elsewhere on JPM’s website suggests that JPM has yet to truly commit itself to any particular mission.

Sadly, the one mission that JP Morgan shows no signs of espousing is one that all successful tech companies have had to embrace: delighting customers.

Why Customer Delight Is Key To Success In Tech

To have any chance of success in the intensely competitive tech world, a firm must surprise its customers by exceeding their expectations and thus creating a positive emotional reaction, spreading word of mouth, leading to enhanced sales and profitability. Customer satisfaction—providing the same services as other firms—won’t generate these benefits.

To accomplish this, a firm must be dedicated to customer delight from the very top of the firm. It is not something that can be delegated. That’s because delivering customer delight depends on actions of everyone throughout the firm.

Opportunities must be spotted when and where they occur. That means a top-down bureaucracy must be replaced by an agile network of teams that are driven by the goal of delighting the customer and that work across organizational boundaries.

Spending massive amounts on technology and new staff won’t be enough. It is JPM’s existing 277,000 employees who must embrace—and act with—an agile mindset.

To be successful in tech, JPM must thus become a different kind of company, with a different way of thinking about issues. Microsoft did it. The question is. can JPM?

What JPM Needs To Get Stock Market Respect

JPM and its CEO, Jamie Dimon, have obviously had entrepreneurial success within banking as we have known it so far. The question is whether JPM can take the next step and reinvent banking for the digital age. This will take more than providing current banking services in digital form, or acquiring other digital banks. JPM must rethink how banking can be re-invented to improve customers’ lives, using the new capabilities of digital. Buying technology and people will not solve this problem, though it can help. More important is that everyone already in the firm, from the very top down, must learn to understand, and love, their customers, and solve their customer’s problemsnot just JPM’s.

In the process, JPM may also learn that in 2022, it’s not just tech firms that must love their customers. Thus, no company among the 30 leading firms in the Dow index is experiencing significant growth in market capitalization without a customer-driven mission. The message for JPM is thus critical, regardless of technology. Time for a mission shift.

Why Your Mission Statement Must Include Customer Primacy