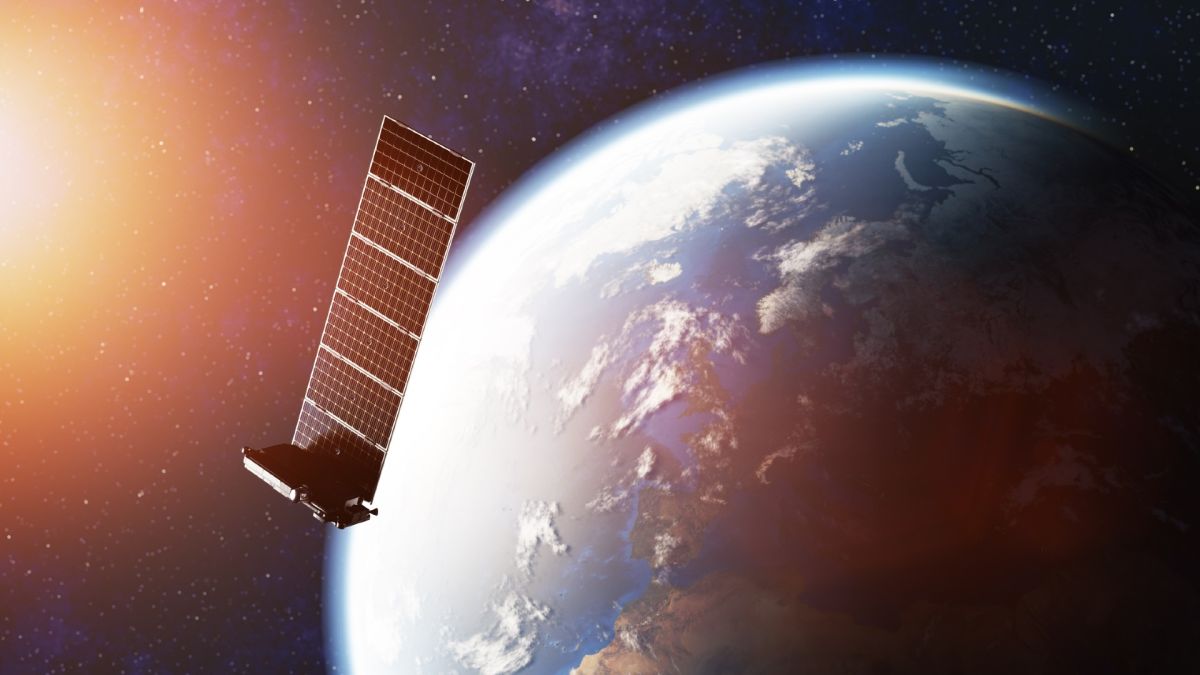 SpaceX’s Starlink satellites are among the most well-known spacecraft in the world.

There are currently over 3,000 Starlink satellites in orbit, and SpaceX plans to launch many more. The satellites are primarily designed to provide broadband internet to remote or underserved locations, yet there are many other uses for the revolutionary constellation both planned and already in use.

While Starlink satellites consistently make headlines for the sheer number of launches SpaceX performs each year, not to mention the impacts the satellites have had on astronomy and Russia’s invasion of Ukraine, there are plenty of weird facts about Starlink that fly below the radar.

Related: Starlink satellites: Everything you need to know

1. The name “Starlink” comes from the book “The Fault in Our Stars”

The novel follows 16-year-old Hazel Lancaster, who has been diagnosed with terminal cancer. At a cancer support group, Hazel meets another teenager with cancer, Augustus, and the two fall in love. The novel drives home the fact that while emotional pain is a constant of human existence, we at least have the choice of who we share that pain with.

If anyone is curious, the name was inspired by The Fault in Our StarsFebruary 21, 2018

According to a SpaceX resources page (opens in new tab)Starlink satellites run on the open-source operating system Linux.

Linux (opens in new tab) was created in 1991 by Linus Torvalds, a Finnish software engineer, in order to be a free, openly-shared operating system that could be tailored for users’ specific computer hardware.

By its very design, Linux is easy to customize, making it ideal for specific use cases like Starlink satellites. In addition, Linux-based operating systems can draw upon a worldwide repository of open-source programs and tools, enabling rapid prototyping of new hardware and software.

SpaceX received recent approval from the Federal Aviation Administration (FAA) to deploy 7,500 Starlink 2.0 satellites. These second-generation Starlink satellites are reported to be larger and more capable than their predecessors.

To loft these larger Starlinks to orbit, SpaceX will eventually begin using Starship, its huge new Mars and moon rocket. Starship is still under development, but SpaceX is planning an orbital test soon.

4. Starlink satellites use lasers to communicate

SpaceX chief operating officer Gwynne Shotwell stated at the 36th annual Space Symposium in 2021 that all Starlink satellites from that point on would be equipped with laser crosslinks that enable them to communicate with one another.

This allows Starlink satellites within a constellations to share data among themselves, reducing the reliance on ground stations. These laser links allow internet traffic to be shared from satellite to satellite around the world, avoiding the need to relay the signals to a ground-based internet network.

The laser crosslinks allow Starlink constellations to beam internet connectivity to the most remote locations, including polar regions.

The Starlink terms of service (opens in new tab) contain a section stating that in the event that SpaceX will reach Mars and establish service there, the company will have full independence from any government on Earth.

“For Services provided on Mars, or in transit to Mars via Starship or other spacecraft, the parties recognize Mars as a free planet and that no Earth-based government has authority or sovereignty over Martian activities,” the Starlink terms of service read. “Accordingly, Disputes will be settled through self-governing principles, established in good faith, at the time of Martian settlement.”

SpaceX has plans to place humans on the Red Planet by the end of the decade, according to comments made by company leadership.

read more: Humanity will go to Mars ‘in this decade,’ SpaceX president predicts

6. Starlink is available in Antarctica

Starlink internet service is available in some of the most remote parts of the globe, including Antarctica.

Scientists with the United States Antarctic Program (USAP) have tested at the McMurdo Station research outpost. “NSF-supported USAP scientists in #Antarctica are over the moon! Starlink is testing polar service with a newly deployed user terminal at McMurdo Station, increasing bandwidth and connectivity for science support,” the US National Science Foundation stated via Twitter (opens in new tab) in September 2021.

SpaceX began lofting satellites into polar orbit in September 2021 with its first West Coast launch at Vandenberg Space Force Base in California. “These polar launches will enable complete coverage of Earth (where approved by local government),” Musk tweeted in July 2022 (opens in new tab).

7. Starlink is responsible for UFO sightings

Trains of Starlink satellites can look pretty odd in the sky. Despite the fact that SpaceX has taken steps to make Starlink appear dimmer in the night sky, the satellites can be quite bright after they are released as they make their way into their orbits.

Aside from being mistaken for UFOs, these sightings present another worrisome issue: Ruining the dark sky conditions necessary for astronomy. The International Astronomical Union has even implored the United Nations to take steps to protect the night sky from Starlink constellations.

8. The US Air Force has used Starlink in live-fire exercises

While Starlink is most often discussed in terms of the broadband internet it beams to remote locations, the satellite constellation has another use: Providing connectivity to military assets.

Starlink has been used extensively by Ukrainian forces during Russia’s ongoing invasion of Ukraine, but the United States military has also eyed its own uses for Starlink. In 2020, the US Air Force and SpaceX teamed up for a live-fire exercise (opens in new tab) in which Starlink satellites shared data with US military assets that shot down a drone and a cruise missile.

SpaceX has since created a Starlink partner project called Starshield that will cater exclusively to the United States military and associated agencies. Starshield will offer a higher level of security than Starlink, featuring “additional high-assurance cryptographic capability to host classified payloads and process data securely, meeting the most demanding government requirements,” according to SpaceX’s Starshield page (opens in new tab).

9. Starlink signals can be ‘reverse engineered’ for use as a location service

SpaceX has received requests in recent years to use Starlink constellations as a position, navigation, and timing service similar to GPS, but SpaceX CEO Elon Musk has so far rejected them.

However, a team of researchers at the University of Texas at Austin found a way to do just that in October 2022 by reverse-engineering Starlink signals (opens in new tab). They found that the repeating beacon signals from Starlink constellations, designed to help receivers on the ground connect with satellites, could be used to form a navigation system.

“It’s a framework that is so general we can apply it to any terrestrial or extraterrestrial signal,” UT Austin’s Todd Humphreys told the MIT Technology Review (opens in new tab). “It will learn on the fly, tell you what is being transmitted, and tell you where you are.”

10. China has simulated using nuclear blasts to take out Starlink

Given that Starlink satellites are being increasingly used as military assets, many of the United States’ peer rivals have their concerns about the constellations.

In fact, a team of Chinese researchers at the Northwest Institute of Nuclear Technology, a research institute run by the People’s Liberation Army, recently published a paper discussing ways to destroy or disable Starlink. Your solution? Detonate a nuclear weapon in space.

According to the South China Morning Post (opens in new tab) (SCMP), the researchers suggested that a 10-megaton nuclear explosion would be powerful enough to d “The strong residual radiation of the debris cloud may cause failures of spacecraft moving in it, such as satellites, or even cause direct damage that can lead to destruction,” the researchers wrote in a publication in the Chinese journal Nuclear Techniques, reported SCMP.