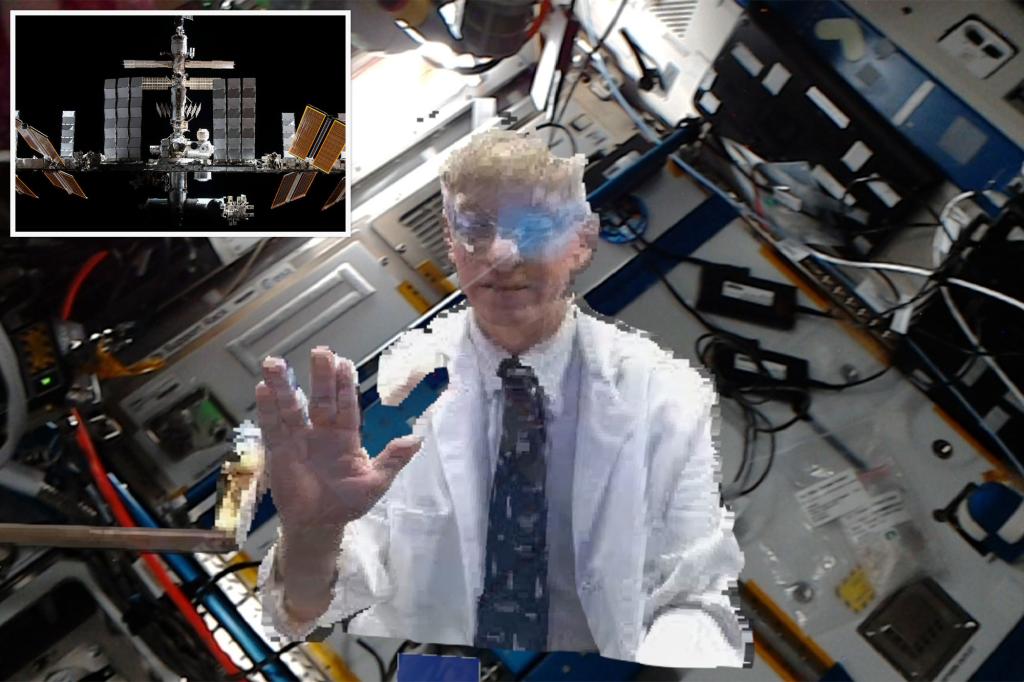 A lifelike, digital rendering of a NASA doctor has appeared on the International Space Station as a hologram.

The technology was developed by Microsoft and first put to use by European Space Agency astronauts.

In Star Trek, crew aboard the Starship Enterprise would “beam up” and teleport to other ships or worlds — and 21st century technology is bringing the show to life.

The new communication technology is dubbed holoportation, a mix of “hologram” and “teleportation.”

Dr Josef Schmid and his team were holoported to the ISS in 2021 — their likeness was recorded by a high-tech camera, compressed as a data file and beamed to the ISS.

On the space station, astronauts viewed the hologram with a “mixed-reality display” called the HoloLens, a headset that blends the digital doctors with the ISS environment.

The new technology could drastically improve the safety and success of long-term space travel.

“Imagine you can bring the best instructor or the actual designer of a particularly complex technology right beside you wherever you might be working on it,” Dr Schmid said.

However, the vast distances between space stations and other planets makes for a delay between the crew and team on the ground — communications to Mars would be on a 20-minute delay.

“You can work on the device together, much like two of the best surgeons working during an operation,” Dr Schmid added.

The headsets have years of innovation packed into a light, wearable device.

Microsoft first deployed the HoloLens in 2015 – the company has gone big on augmented reality where other companies, like Meta, are digging in on virtual reality.

Microsoft wrote in a forum: “Mixed reality is the next wave in computing following mainframes, PCs, and smartphones.”

The company won a $22billion dollar deal with the US Army to develop HoloLenses for military applications.

HoloLens headsets are available for purchase – you do not need to be an astronaut or in the Army to get in on Microsoft’s augmented reality technology.

This story originally appeared on The Sun and has been reproduced here with permission.