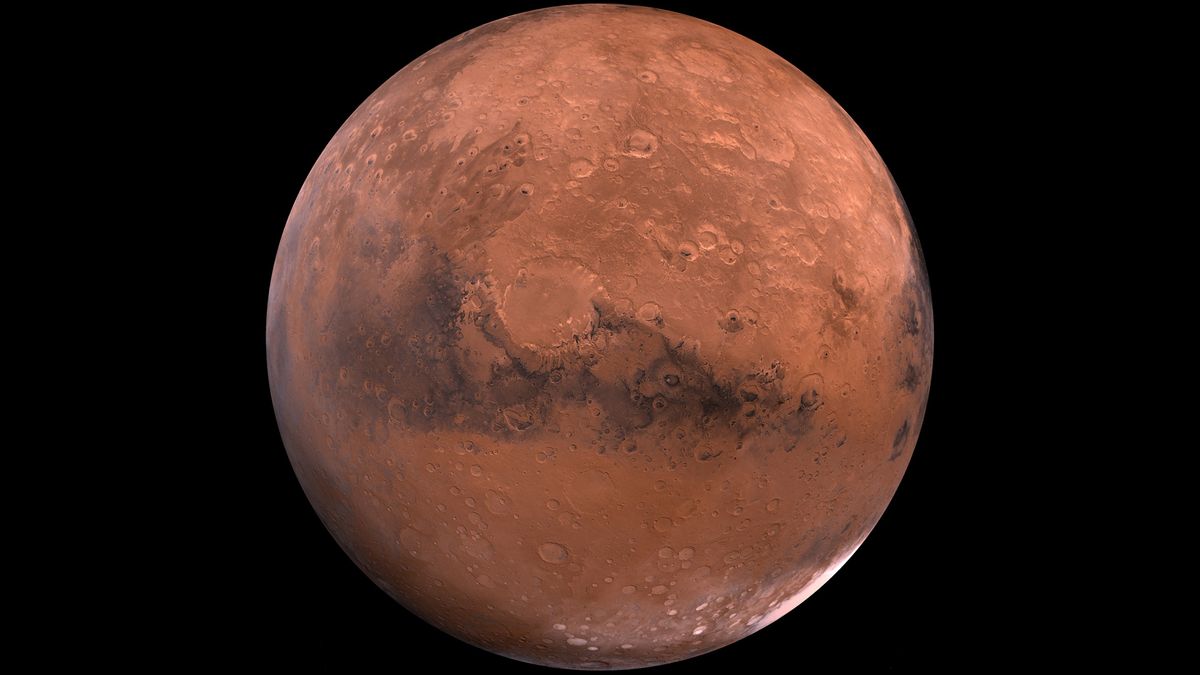 Ancient microbes triggered a climate change on Mars that made the planet less habitable, which may have ultimately led to their extinction, a new climate modeling study suggests.

According to the study, simple microbes that feed on hydrogen and excrete methane could have thrived on Mars some 3.7 billion years ago, at about the same time that primitive life was taking hold in Earth‘s primordial oceans. But while on Earth the emergence of simple life gradually created an environment conducive to more complex life forms, the exact opposite happened on Mars, according to a team of scientists led by astrobiologist Boris Sauterey from the Institut de Biology de l’Ecole Normale Supérieure (IBENS) in Paris, France.

Sauterey and his team conducted a complex computer modeling study that simulated the interaction of what we know about the ancient atmosphere and lithosphere of Mars with hydrogen-consuming microbes similar to those that existed on ancient Earth. The researchers found that while on Earth the methane produced by those microbes gradually warmed the planet, Mars instead cooled down, driving the microbes into deeper and deeper layers of the planet’s crust to survive.

Slowing down the greenhouse gas effect

“At that time, Mars would have been relatively wet and relatively warm, between minus 10 degrees and 20 degrees Celsius [14 degrees Fahrenheit and 68 degrees Fahrenheit],” Sauterey told Space.com. “It had liquid water in the form of rivers, lakes and maybe oceans on its surface. But its atmosphere was quite different from that of Earth. It was as dense, but richer in carbon dioxide and hydrogen, both of which acted like potent warming gasses.”

Being farther away from the sun than Earth and therefore naturally cooler, Mars needed those greenhouse gasses to maintain a comfortable temperature for life. But as those early microbes started devouring the hydrogen and producing methane (which on Earth acts like a potent greenhouse gas), they actually slowed down this warming greenhouse effectmaking ancient Mars gradually so cold it became inhospitable.

As the planet cooled down, more of its water turned into ice and the surface temperature dropped below minus 70 degrees Fahrenheit (minus 60 degrees Celsius), pushing the microbes deeper and deeper into the crust where warmer conditions persisted. While initially the microbes may have lived comfortably directly under the Martian sandy surface, within a few hundred millions of years they were forced to retreat to depths of more than 0.6 miles (1 kilometer), the modeling revealed.

Sauterey and his team identified three locations where traces of these ancient microbes would have most likely survived closer to the surface. These locations include Jezero Craterwhere NASA’s Perseverance rover currently hunts for rock samples that could harbor traces of this ancient life, and two low-lying plains: Hellas Planitia at mid-latitudes on the southern hemisphere, and Isidis Planitia just north of the Martian equator.

“The places on the planet where those microbes would have been closest to the surface would have been the warmest regions,” said Sautery. “And the warmest places are usually the deepest places. At the bottom of these craters and valleys, the climate is much warmer than on the rest of the surface and that’s why it would be much easier to search there for evidence of these life forms. “

Next, the researchers would like to find out whether these ancient microbes could still live anywhere inside Mars’ crust. Satellites have previously detected Traces of methane in Mars’ thin atmospherebut it is currently impossible to say whether this methane is of biological origin.

“Because the Martian atmosphere is mostly gone these days, these microbes would have to switch to another energy source,” said Sauterey. “We can imagine that some geological process on Mars today could provide the same type of energetic substrate, hydrogen and carbon dioxide, that these microbes could live on. We would like to find that out and try to localize any potential oases of habitability in the Martian crust.”

The findings, Sauterey added, suggest that life may not have inherent self-sustainable qualities as some biologists believe had been the case on Earth (until the emergence of humankind). Life, in fact, may be randomly emerging in the universeonly to make itself extinct through its own interaction with the host world.

“The ingredients of life are everywhere in the universe,” Sauterey said. “So it’s possible that life appears regularly in the universe. But the inability of life to maintain habitable conditions on the surface of the planet makes it go extinct very fast. Our experiment takes it even a step farther as it shows that even a very primitive biosphere can have a completely self-destructive effect.”

the study (opens in new tab) was published in the journal Nature Astronomy on Monday (Oct. 10)