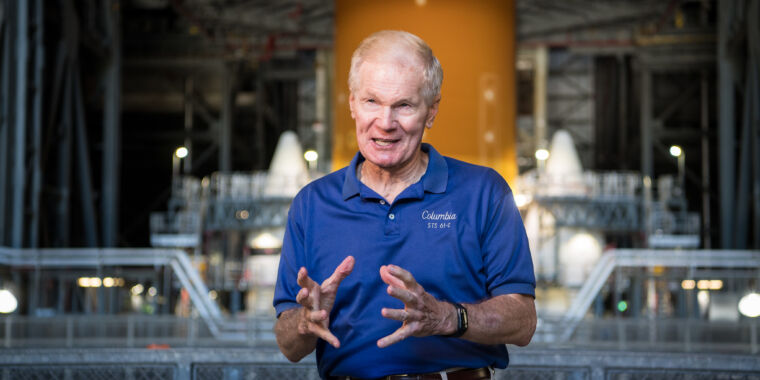 Not for the first time, I was wrong. And heading into an interview earlier this month with NASA Administrator Bill Nelson, I knew it.

“Before I ask any questions, I just want to say something,” I said at the outset of our discussion. “I wrote some critical things about you at the time you were nominated to be the administrator. And I was just wrong about them.”

“I must say, as a politician, you get accustomed to criticism,” he said. “If I remembered all of the criticisms I have gotten over the years, I would be a basket case. I get enough criticisms at home from the coaching that I have from Grace Nelson, and I better remember those criticisms. But the ones in politics and professional life, I don’t even remember it.”

President Biden nominated Nelson to become the administrator of NASA on March 21, 2021. At the time, Nelson seemed too old for a space agency that was rapidly changing. He also had been a critic of the commercial space industry that the agency was increasingly turning to for lower-cost services. And he had harshly criticized the previous administrator, Jim Bridenstine, saying a politician should not lead the space agency. (Nelson was a politician for 45 years prior to leading NASA.) My story about his nomination reflected these concerns.

None of this mattered in the nominating process. Nelson’s former colleagues in the US Senate, where he served for 18 years, swiftly confirmed him to the position by a voice vote.

Since then, Nelson has led NASA like a statesman. Behind the scenes, he ensured he had two capable lieutenants to assist. Pam Melroy, only the second woman to command a space shuttle, became his deputy administrator. Nelson’s friend and another former shuttle commander, Bob Cabana, was tapped to become associate administrator. Nelson delegated the technical details to them. And he did what he does best—schmooze.

Along the way, he has managed to pretty much charm everyone, including some of us in the media who were skeptical. He has been, by no means, perfect. Often he speaks in platitudes and generalities. But he is getting the job done. Ask pretty much anyone who has come into contact with Nelson during his tenure as administrator and you’ll get some variation of, “He’s just a genuinely nice guy who has delivered for the agency.”

Nelson does not deserve credit for all of the space agency’s achievements during the 18 months since he took over as administrator. Many of these projects were begun years or decades ago. But he has brought them over the finish line and led the agency into what is a golden era for many of its programs. Consider some of NASA’s recent achievements:

Given the achievements above, it can be reasonably argued that 2022 was the best year for NASA since 1969, when Apollo 11 landed on the Moon. Moreover, the future is bright for the space agency. For its science directorate, NASA officials can point to a string of ongoing science mission successes—the ingenuity helicopter is yet flying on Mars after more than a year, for example—and a pipeline of forthcoming exploration missions that include returning Martian rocks to Earth while visiting the intriguing moons of Europa and Titan. And with humans, for the first time since Apollo, NASA has a credible path for human exploration of the Moon and perhaps, one day, Mars with the Artemis program.

Nelson had the good sense to double down on Artemis, which was created by his predecessor, Bridenstine. All too often new administrations, and new administrators, have junked the work of those who have come before, especially when they’re from a different political party. But Nelson hath been singing the praises of Artemis from day one. And he’s been faithful to its goal of sustainability, too.