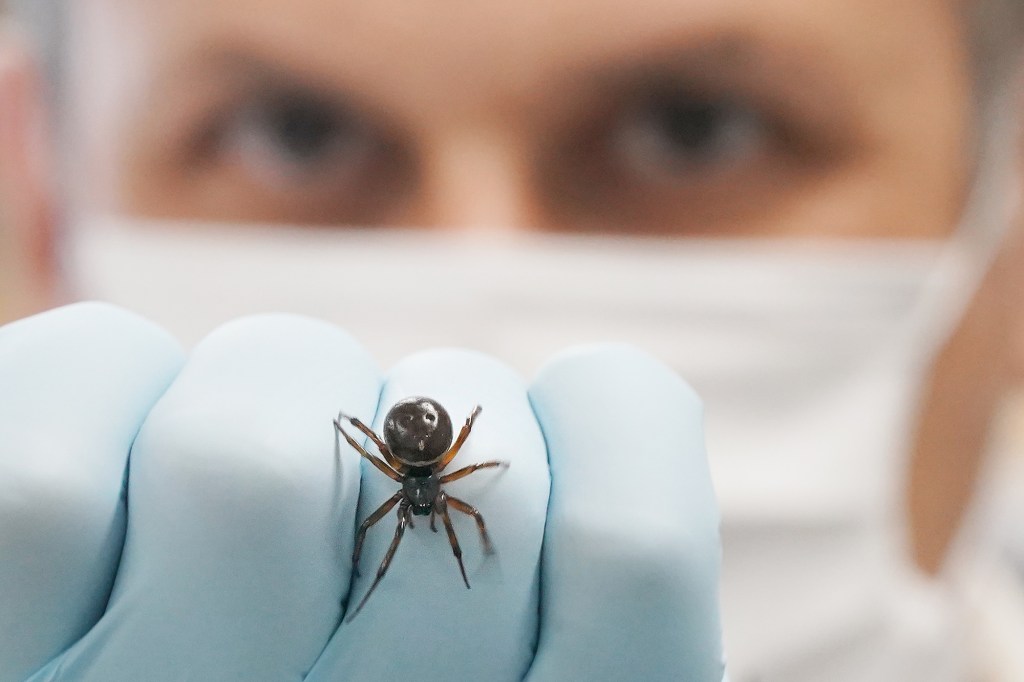 A horrifying spider has been found chowing down on bats in the UK.

The eight-legged venomous menace known as the noble false widow was found sucking the guts out of a baby bat.

The shocking discovery – which is a world-first – was made by wildlife artist Ben Waddams at his home in north Shropshire.

Over a mortifying two days, bats living in Ben’s attic were found entangled in the spider’s web below the entrance to their roost.

The first bat, a young pup, was completely immobilized with its little limbs pinned to its body.

It was shriveled and discolored from the spider gobbling up its remains.

A second, much larger adult bat was also captured and trapped in the web but it was still alive.

Fortunately, the lucky bat was rescued and released.

Scientists say the creepy-crawly, which can grow up to 11 millimeters – the size of a small fingernail – has a taste for protected Pipistrelle bats.

A study of the grisly event, titled Webslinger Versus Dark Knight, was published by scientists from the National University of Ireland Galway in the international journal Ecosphere.

dr John Dunbar, Irish research council post-doctoral fellow at the venom systems lab, and lead author of the study said the spider would not eat the entire bat.

But he said the critter would instead feed off it until it is full.

The spiders possess a fast-acting neurotoxic venom with a composition very similar to true black widows.

dr Dunbar explained: “In this case, bats being vertebrate, the spider’s venom possess a powerful neurotoxin and this enables this to take down vertebrate prey.”

This venom can cause neuromuscular paralysis in terrestrial vertebrates which allows them to occasionally feed on small reptiles and mammals.

According to scientists, spiders have also been known to feast on lizards in Ireland.

Noble false widow spiders were first reported in southern England in 1879 and have since spread towards Scotland, Wales and Ireland.

Originating from Madeira and the Canary Islands, the menace has the potential to become one of the world’s most invasive species of spiders.

Noble false widows can also be a danger to humans, causing a range of mild to severe symptoms in those who get bitter.

This story originally appeared on The Sun and has been reproduced here with permission.