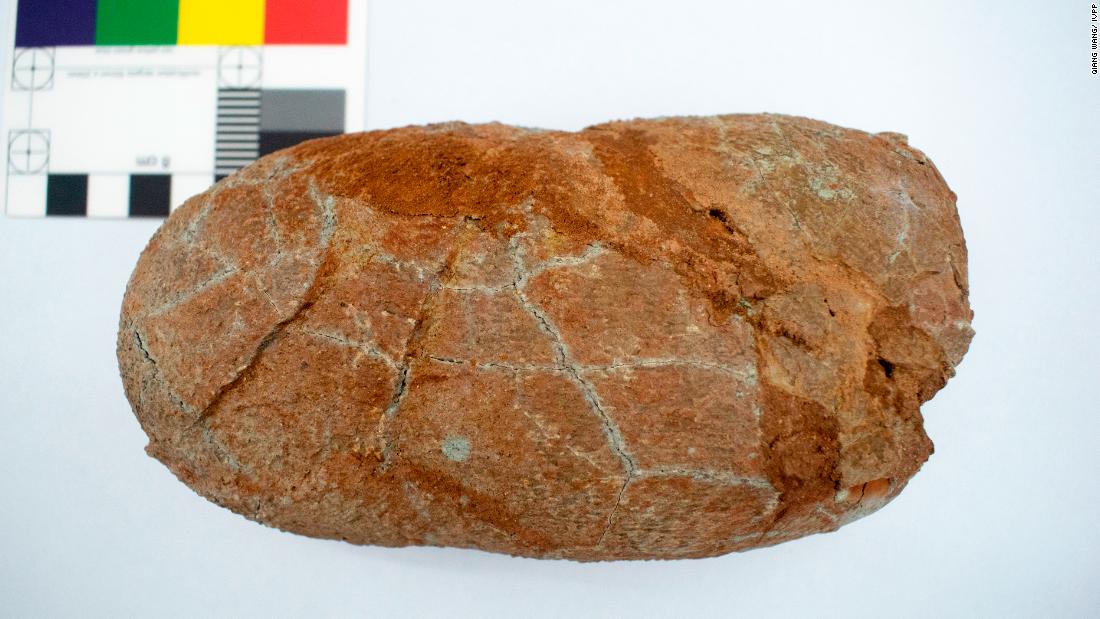 Most information on dinosaurs at the end of the Cretaceous era comes from what is now the United States, particularly the Hell Creek Formation, which provides a picture of relatively rich dinosaur diversity during the final million years of that period.

However, fossil information from that time in other regions is much thinner, and it’s not known whether the pattern seen in North America is representative of global dinosaur diversity then.

To fill in this gap in the fossil record, researchers in China have studied more than 1,000 fossilized dinosaur eggs from the Shanyang basin in central China. Dinosaur diversity was already on the wane at the end of the Cretaceous, suggested the study, published September 19 in the scientific journal Proceedings of the National Academy of Sciences.

The eggs and eggshell fragments represent the last 2 million years of the dinosaur era, with fossils representing each 100,000-year interval. The study involved obtaining detailed age estimates of rock layers by analyzing and applying computer modeling to over 5,500 geological samples.

The analysis found whole eggs and eggshell fragments from just three species of dinosaurs, which suggested low dinosaur biodiversity during that time period, the researchers said.

Macroolithus yaotunensis and Elongatoolithus elongatus belonged to a group of toothless dinosaurs known as oviraptors, while the third, Stromatoolithus pinglingensis, what a plant-eating hadrosaur, or a member of the duck-billed dinosaur group.

The researchers said their finding from fossilized eggs was consistent with the fossilized dinosaur bones found in the same and surrounding region, although they did discover a few additional dinosaur bones from the region that show tyrannosaurs and sauropods also lived in the area between 66.4 million and 68.2 million years ago.

“Our results support a long-term decline in global dinosaur biodiversity prior to 66 million years ago,” the study said, “which likely set the stage for the end-Cretaceous nonavian dinosaur mass extinction.”

Most dinosaurs went extinct, but some smaller, birdlike ones survived and evolved into the birds we see today.

Opponents of the theory of sudden death by asteroid point to a period of global cooling that may have made life hard for many dinosaur species. Their demise has also been linked to a series of massive volcanic eruptions in the Deccan Traps in what is now India.
Paleontologist Alfio Alessandro Chiarenza, ret postdoctoral research fellow at the University of Vigo in Spain who has worked on paleoclimate records from that period, said that fossilized eggs are not a reliable record of dinosaur diversity. He was not involved in the study.
He pointed to recent research that many dinosaurs probably had soft-shelled eggs that would be unlikely to fossilize. Plus, no eggs have been found for many dinosaurs Species, even well-known ones such as Tyrannosaurus rex, Chiarenza said.

“These results also contradict what emerges from egg remains and diversity of bones, teeth and other remains found in places like Spain, (and) of what we know based on the North American record,” he said via email. “So I do believe these authors are misinterpreting these signals.”

He remains convinced the asteroid strike was the true driver of dinosaur extinction.

“Dinosaurs were probably fine and diverse and if it wasn’t for the end Cretaceous asteroid (they) might as well be dominating today as far as we know.”