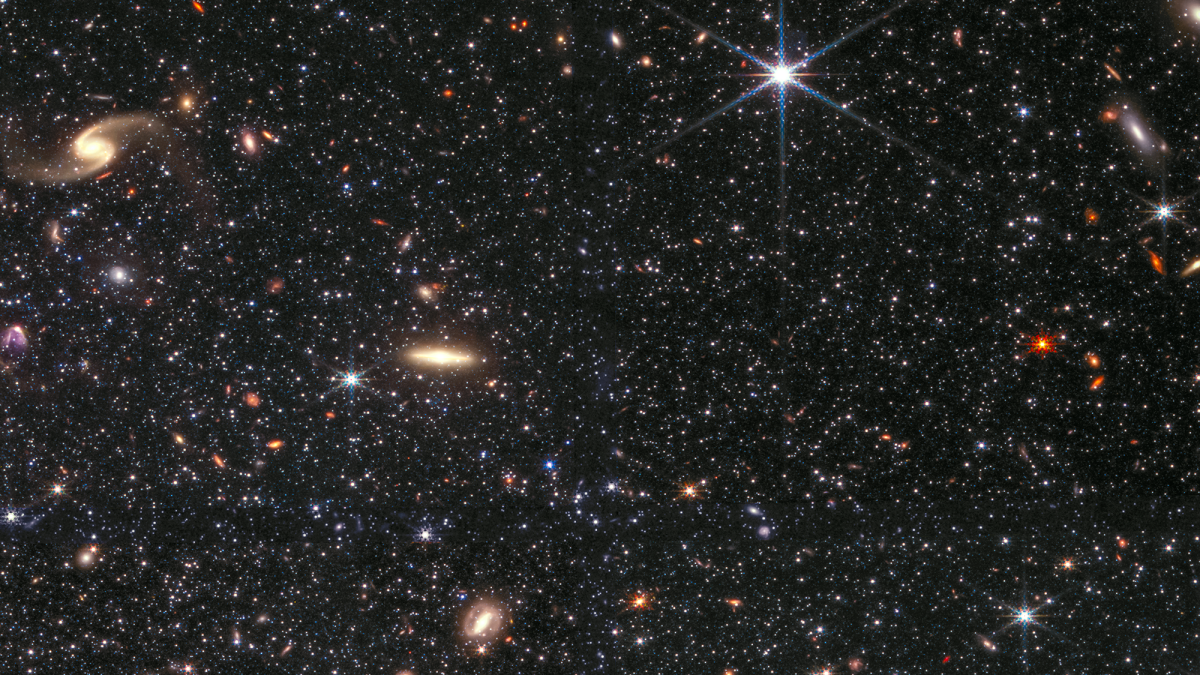 The most powerful space telescope currently operating has zoomed in on a lonely dwarf galaxy in our galactic neighborhood, imaging it in stunning detail.

At around 3 million light-years from Earth, the dwarf galaxynamed Wolf-Lundmark-Melotte (WLM) for three astronomers instrumental in its discovery, is close enough that the James Webb Space Telescope (JWST) can distinguish individual stars while still being able to study large numbers of stars simultaneously. The dwarf galaxy, in the constellation of Cetus, is one of the most remote members of the local galaxy group that contains our galaxy. Its isolated nature and lack of interactions with other galaxies, including the Milky Waymake WLM useful in the study of how stars evolve in smaller galaxies.

“We think WLM hasn’t interacted with other systems, which makes it really nice for testing our theories of galaxy formation and evolution,” Kristen McQuinn, an astronomer at Rutgers University in New Jersey and lead scientist on the research project, said in a statement from the Space Telescope Science Institute in Maryland, which operates the observatory. “Many of the other nearby galaxies are intertwined and entangled with the Milky Way, which makes them harder to study.”

McQuinn pointed out a second reason WLM is an intriguing target: its gas is very similar to that of galaxies in the early universe, without any elements heavier than hydrogen and helium.

But whereas the gas of those early galaxies never contained heavier elements, the gas in WLM has lost its share of these elements to a phenomenon called galactic winds. These winds stem from supernovas, or exploding stars; Because WLM has so little mass, these winds can push material out of the dwarf galaxy.

In the JWST image of WLM, McQuinn described seeing an array of individual stars at different points in their evolution with a variety of colors, sizes, temperatures and ages. The image also shows clouds of molecular gas and dust, called nebulas, which contain the raw material for star formation within WLM. In background galaxies, JWST can spot fascinating features like massive tidal tails, which are structures made of stars, dust and gas created by gravitational interactions between galaxies.

JWST’s main goal in studying WLM is to reconstruct the dwarf galaxy’s history of star births. “Low-mass stars can live for billions of years, which means that some of the stars that we see in WLM today formed in the early universe,” McQuinn said. “By determining the properties of these low-mass stars (like their ages), we can gain insight into what was happening in the very distant past.”

The work complements the study of galaxies in the early universe that JWST is already facilitating, and it also allows the telescope’s operators to check the calibration of the NIRCam instrument that captured the sparkling image. That’s possible because both the Hubble Space Telescope and the now-retired Spitzer Space Telescope have studied the dwarf galaxy before, and scientists can compare the images.

McQuinn’s team is currently developing a software tool that everyone will be able to use that can measure the brightness of all the individually resolved stars in the NIRCam images, she said.

“This is a bedrock tool for astronomers around the world,” she said. “If you want to do anything with resolved stars that are crowded together on the sky, you need a tool like this.”