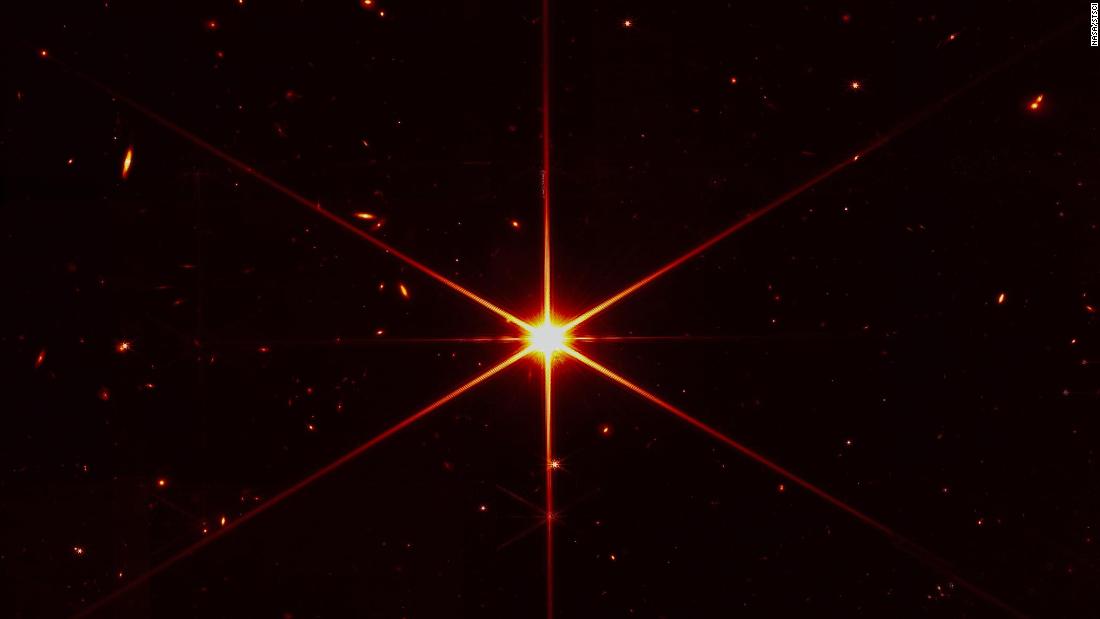 The world’s premier space observatory has successfully completed a number of steps crucial for aligning its 18 gold mirror segments. Having checked this milestone off Webb’s list, the telescope team expects that the observatory may even exceed the goals it was meant to achieve.

On March 11, Webb completed “fine phasing,” a critical stage that ensures Webb’s optical capabilities are working how they should. During the tests, the team didn’t encounter any issues and determined that Webb can observe light from distant objects and feed that light into the science instruments aboard the observatory.

For the test, Webb focused on a star called 2MASS J17554042+6551277. A red filter was used to show contrast. Webb’s observational capabilities are so sensitive that individual galaxies and stars can also be seen behind the star in the image.

“The images are focused together as finely as the laws of physics allow,” said Marshall Perrin, Webb deputy telescope scientist at the Space Telescope Science Institute in Baltimore. “But as we were focusing on those bright stars, we couldn’t help but see the rest of the universe coming into focus behind them, to see the more distant stars and galaxies coming into view.”

While the first high-resolution images Webb collects of the cosmos aren’t expected until the end of June, the new test images released by NASA on Wednesday show that Webb can use the individual segments of its mirror as one giant 21-foot, 4 -inch (6.5-meter) mirror and capture the light from a single star.

“The engineering images that we saw today are as sharp and as crisp as the images that Hubble can take, but are at a wavelength of light that is totally invisible to humans, so this is making the invisible universe snapping into very, very sharp focus ,” said Jane Rigby, Webb operations project scientist at NASA’s Goddard Space Flight Center in Greenbelt, Maryland.

The mirror is so large that it had to be folded to fit inside the rocket for its December 25 launch. After reaching an orbit a million miles from Earth in January, Webb began the careful process of unfolding and aligning its mirror.

“More than 20 years ago, the Webb team set out to build the most powerful telescope that anyone has ever put in space and came up with an audacious optical design to meet demanding science goals,” said Thomas Zurbuchen, associate administrator for NASA’s Science Mission Directorates in Washington. “Today we can say that design is going to deliver.”

Although the process is ongoing, the team is encouraged to see Webb performing even better than expected. Now that the fine phasing stage is complete, the Near-Infrared Camera, which serves as the telescope’s primary imager, is aligned to the mirror.

Webb also captured a new “selfie” using a lens focused on capturing images of the actual mirror segments. The selfie shows the alignment of the mirror segments as they capture starlight in unison.

The completion of fine phasing, and all of the critical steps before it, also brings a sigh of relief for the team.

“All of the sleepless nights I’ve had and the worries I’ve had, they’re all behind us now,” Zurbuchen said. “There’s still a mountain to climb, but we’re way up that mountain now.”

For the next couple of months, the team will finish the last steps of the alignment process and ensure all of the science instruments are calibrated.

Once Webb is fully operational, it will “move into a very demanding year of science operations,” Rigby said.