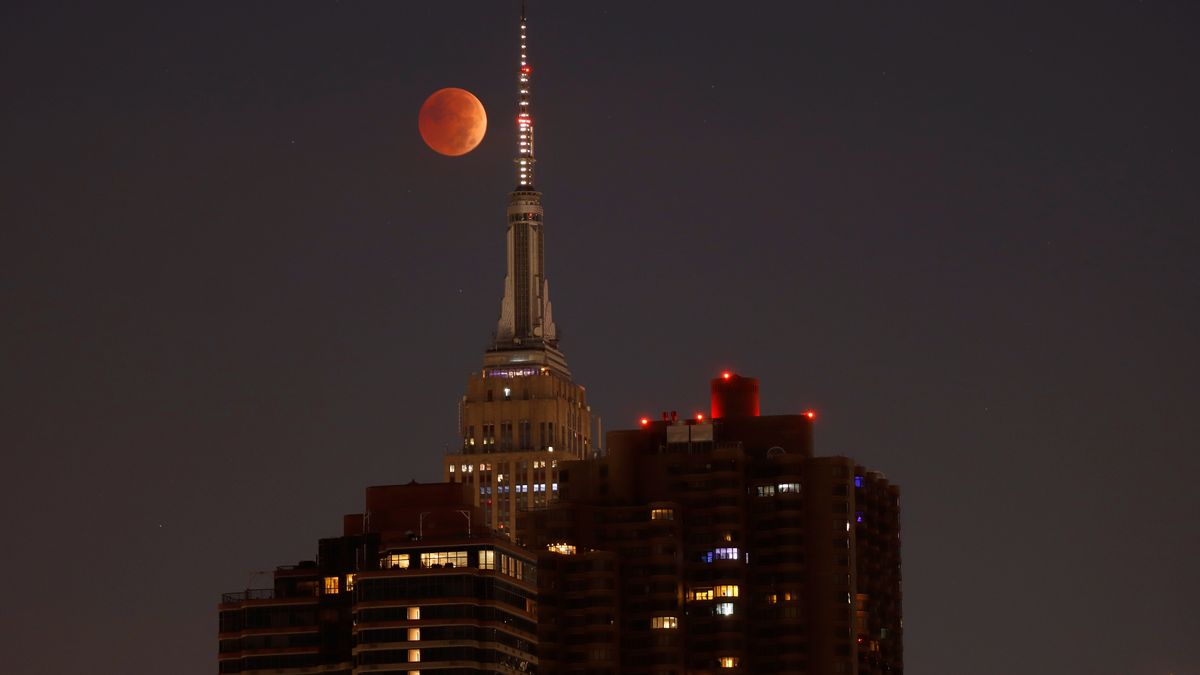 The Last Blood Moon lunar eclipse until 2025 thrilled observers around the world.

A total lunar eclipse happens when the full moon (in this case November’s full Beaver Moon) moves into the deep umbral shadow of the Earth and receives only light first filtered by Earth’s atmosphere. It was visible from North America and parts of South America, Asia, Australia and New Zealand.

The lunar eclipse is not visible to everyone, but thanks to various livestreams around the world, everyone can get a chance to view the Blood Moon lunar eclipse for free.

The Beaver Blood Moon even made an appearance above NASA’s Artemis 1 moon rocket at NASA’s Kennedy Space Center in Florida. The massive Space Launch System (SLS) rocket stack includes an uncrewed Orion spacecraft and is scheduled to launch on Nov. 14. To keep up to date with the latest Artemis action check out our Artemis live updates page.

Observers from around the world also took to Twitter to share their impressive photos and videos of the last Blood Moon lunar eclipse until 2025.

Observers in Tokyo also managed to see the total lunar eclipse while waiting for their train. Not a bad way to pass the time!

Ohhh.. full lunar eclipse here in Tokyo.. was wondering what ppl looking up at during train ride pic.twitter.com/GInpE2GV18November 8, 2022

Steven Labkoff caught the Blood Moon right above the Washington Monument in this stunning photograph.

The Full Blood-red, Beaver Lunar Eclipse from Washington’s Capital Mall. About 5:20AM from our Nation’s Capital while at the AMIA 2022 Meeting. This is a single exposure, no blending.#amia2022#fulllunareclipse#lunareclipse#OlympusOM1#getolympus#astrophotography pic.twitter.com/RUX877oDDtNovember 8, 2022

Has all this lunar eclipse action whipped you up into some sort of eclipse frenzy? Then you’ll be pleased to know that you don’t have to wait too long for the next eclipse event: You can watch the first solar eclipse of 2023 on April 20. Details on how and where to see this rare hybrid solar eclipse can be found in our solar eclipse 2023 guide.

Editor’s note: If you snap an amazing lunar eclipse photo and would like to share it with Space.com’s readers, send your photo(s), comments, and your name and location to [email protected]