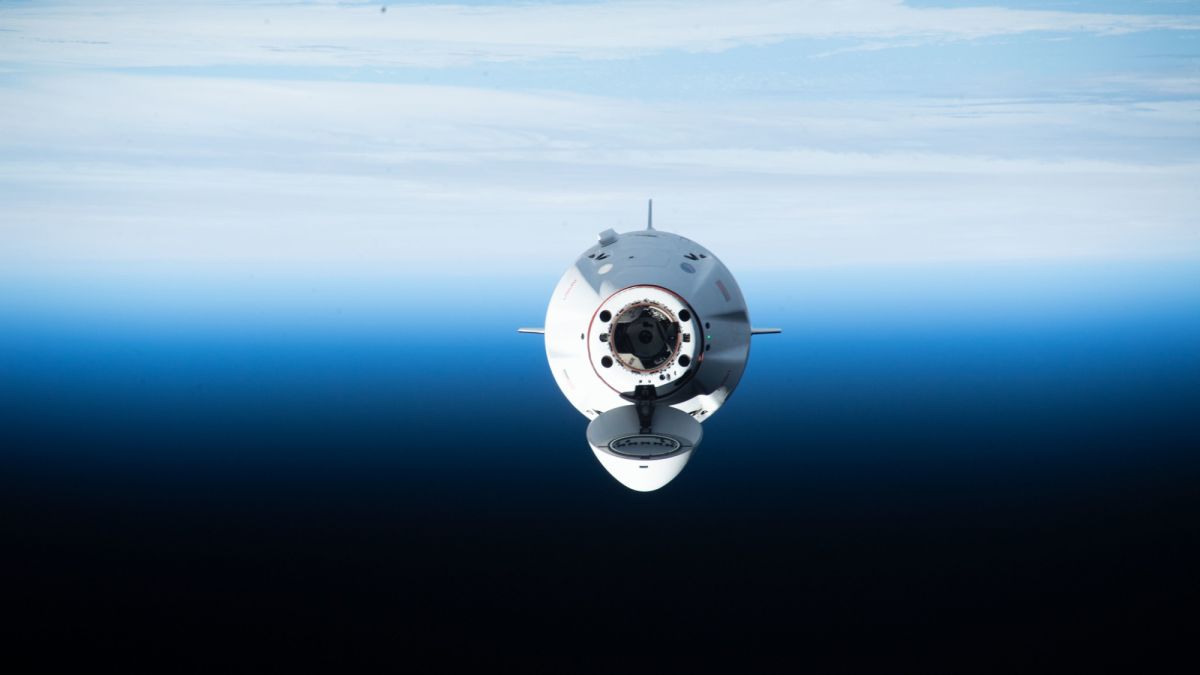 NASA might use a SpaceX spacecraft to rescue three space station crew members depending on a leaky Soyuz to get home, a report suggests.

The Soyuz spacecraft on the International Space Station suffered a severe coolant leak on Dec. 15 and a decision about whether it is safe to send the crew back to Earth on it will come in January, Russia has said. If a rescue Soyuz craft is needed it could only come in February, two or three weeks before the normal changeover in March.

NASA is apparently considering using SpaceX, the only company currently flying astronauts into space from American soil, as a backup if these options don’t work out.

“We have asked SpaceX a few questions on their capability to return additional crew members on Dragon if necessary, but that is not our prime focus at this time,” NASA spokesperson Sandra Jones said in a statement to Reuters (opens in new tab), published Wednesday (Dec. 28). SpaceX did not respond to Reuters requests for comment.

NASA did not clarify with Reuters what options with SpaceX might be possible, such as whether the company could launch a backup Crew Dragon spacecraft to pick up the crew, or add more seats to the existing Dragon (called Endeavor) docked at the space station.

All seats on Endeavor are nominally full, as it is supposed to bear home Crew-5 in early 2023, including NASA astronauts Nicole Mann and Josh Cassada, Japanese astronaut Koichi Wakata and Roscosmos cosmonaut Anna Kikina.

The crew that was using the affected Soyuz, called MS-22, includes Russian cosmonauts Sergey Prokopyev and Dmitry Petelin, and NASA astronaut Frank Rubio, each of whom came to space in a Russian Sokol spacesuit. Normally, SpaceX only launches crew members who have been fitted for a custom-made SpaceX spacesuit. How this issue would be overcome was also not addressed in the report.

The cause of the leak on Soyuz MS-22 has not yet been determined, but it could originate from space debris or a micrometeroid that was unable to be tracked due to the small size. Follow-up scans of the Soyuz showed a hole in its radiator exterior.

The ISS crew is in no immediate danger from the situation, but the concern comes if the complex had to be evacuated for whatever reason, as for the time being, it is possible that three individuals have no safe ride home.