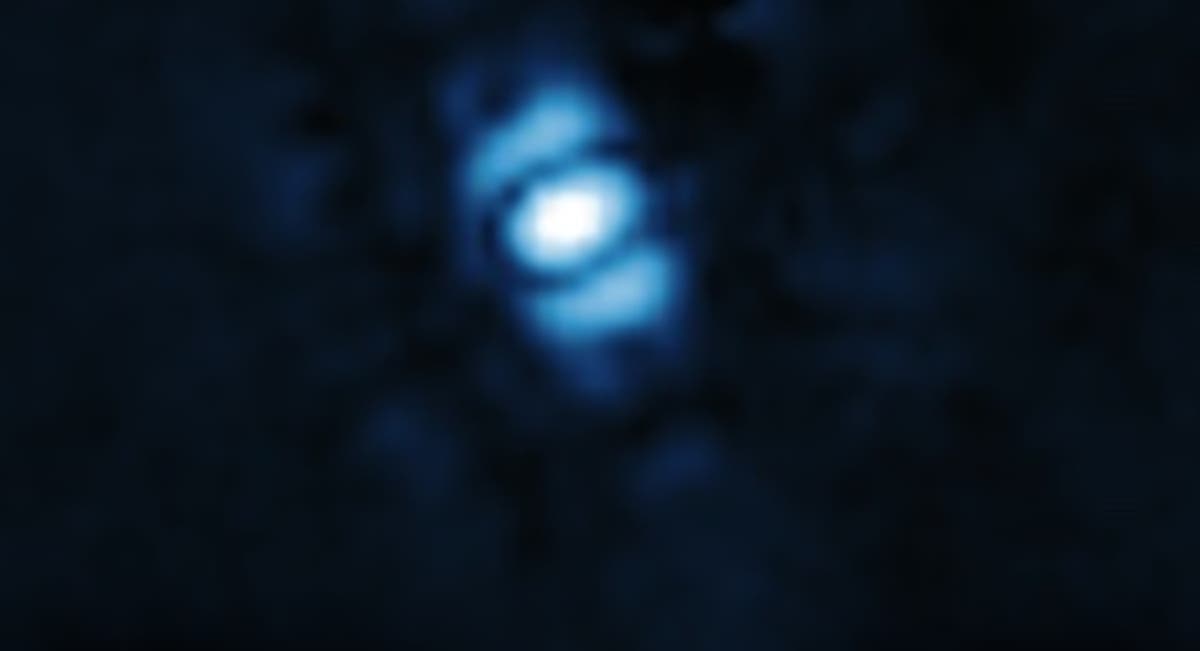 The James Webb Space Telescope has it’s first direct image of a distant exoplanet, an alien world outside of our Solar System.

Using a variety of instruments, Webb has returned multiple views of the exoplanet HIP 65426 b, a gas giant six to 12 times as massive as Jupiter located around 385 light years from Earth.

The results are part of an ongoing study, and have not yet been peer-reviewed or published in a scientific journal, but Nasa shared the preliminary results in a blog post Thursday morning.

“This is a transformative moment, not only for Webb but also for astronomy generally,” University of Exeter associate professor of physics and astronomy Sasha Hinkley said in a statement. She is the lead scientist in an international collaboration conducting the study of the exoplanet.

HIP 65426 b was first discovered in 2017 by the European Southern Observatory’s Very Large Telescope, in Chile, which viewed the exoplanet in short wavelengths of infrared light; Longer wavelengths of infrared light are blocked by Earth’s atmosphere for ground-based telescopes. Being space-based, Webb is able to access more of the infrared spectrum and see more details in distant planets.

Webb’s images are not the first direct images of exoplanets, as the Hubble Space Telescope has managed to take pictures of other alien worlds, but it is not easy — the intense brightness of a planet’s nearby star can hide the light coming from that exoplanet. The HIP 65426 b, for instance, is 10,000 times less bright than its star.

But HIP 65426 b orbits its star at a distance 100 times greater than the Earth does the Sun, which aided scientists in picking out the planet in Webb’s images. Webb’s instruments are also equipped with coronagraphs, devices that black out the disk of the distance star to reduce the glare and make finding and focusing on an exoplanet a little easier.

“It was really impressive how well the Webb coronagraphs worked to suppress the light of the host star,” Dr Hinkley said.

The images, taken with multiple filters and Webb’s near-infrared camera (Nircam) and mid-infrared instrument (Miri), are just the first among what scientists hope will be a long string of exoplanet images and discoveries made possible by the new space telescope . The images come on the heels of a new analysis of one of Webb’s first observations, a spectrum of light from the exoplanet Wasp 39b, which revealed the presence of carbon dioxide in an alien world’s atmosphere for the first time.

“I think what’s most exciting is that we’ve only just begun,” University of California, Santa Cruz post doctoral researcher Aarynn Carter, who analyzed the new Webb images of HIP 65426 b, said in a statement. “There are many more images of exoplanets to come that will shape our overall understanding of their physics, chemistry, and formation. We may even discover previously unknown planets, too.”