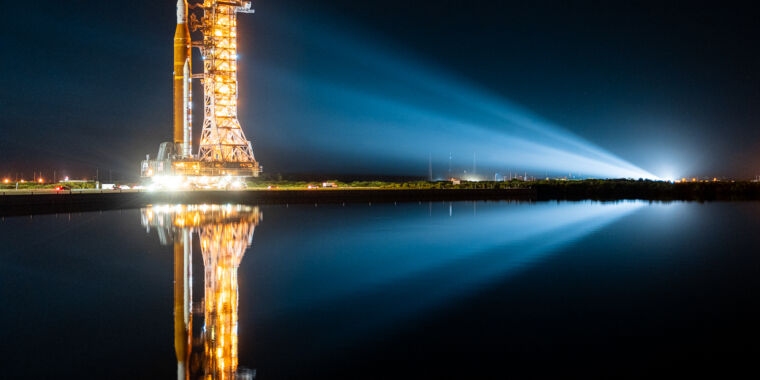 A little more than two weeks have passed since NASA prudently rolled its Space Launch System rocket and Orion spacecraft inside the massive Vehicle Assembly Building at Kennedy Space Center to protect the hardware from Hurricane Ian.

During that time, engineers and technicians from the space agency and its contractors have performed a detailed inspection of the rocket and spacecraft to determine its flight readiness. This was an important process because the vehicles have been in a fully stacked configuration for nearly a year, since October 21, 2021. NASA wanted to assess the ongoing viability of batteries on the rocket, hypergolic fuel stored on Orion’s service module, and more.

The good news from those inspections is that only minimal work is required to prepare the rocket for its next launch attempt, NASA said Wednesday in a blog post.

“Inspections and analyzes over the previous week have confirmed minimal work is required to prepare the rocket and spacecraft to roll out to Launch Pad 39B at Kennedy Space Center in Florida following the roll-back due to Hurricane Ian,” the agency said. “Teams will perform standard maintenance to repair minor damage to the foam and cork on the thermal protection system and recharge or replace batteries on the rocket, several secondary payloads, and the flight termination system.”

As a result, NASA now plans to move the Artemis I stack back to the launch site as early as Friday, November 4. This would allow for an initial launch attempt of the mission at 12:07 am ET (04:07 UTC) on November 14. There is a 67-minute launch window for this opportunity. This launch date would allow for a 25.5-day mission for the Orion spacecraft before it splashes down in the Pacific Ocean.

NASA also has requested two additional launch opportunities, on Wednesday, November 16, at 1:04 am ET, and Saturday, November 19, at 1:45 am ET, both two-hour launch windows.

The space agency first attempted to launch the rocket on August 29, but a few hours before the planned liftoff, a sensor on one of the rocket’s four main engines gave an errant temperature reading. This ultimately drove a scrub of the launch attempt, but NASA subsequently said the sensor issue was not a problem. The agency then performed a second attempt on September 3, but this was scrubbed two hours before the launch window opened due to a persistent hydrogen leak. After repairs, NASA conducted a fueling test that appears to have verified the integrity of these leak fixes.

However, NASA still has not succeeded in completing an entire fueling and countdown demonstration test, so there may be more problems that crop up in the final 30 seconds before liftoff that have yet to be uncovered.