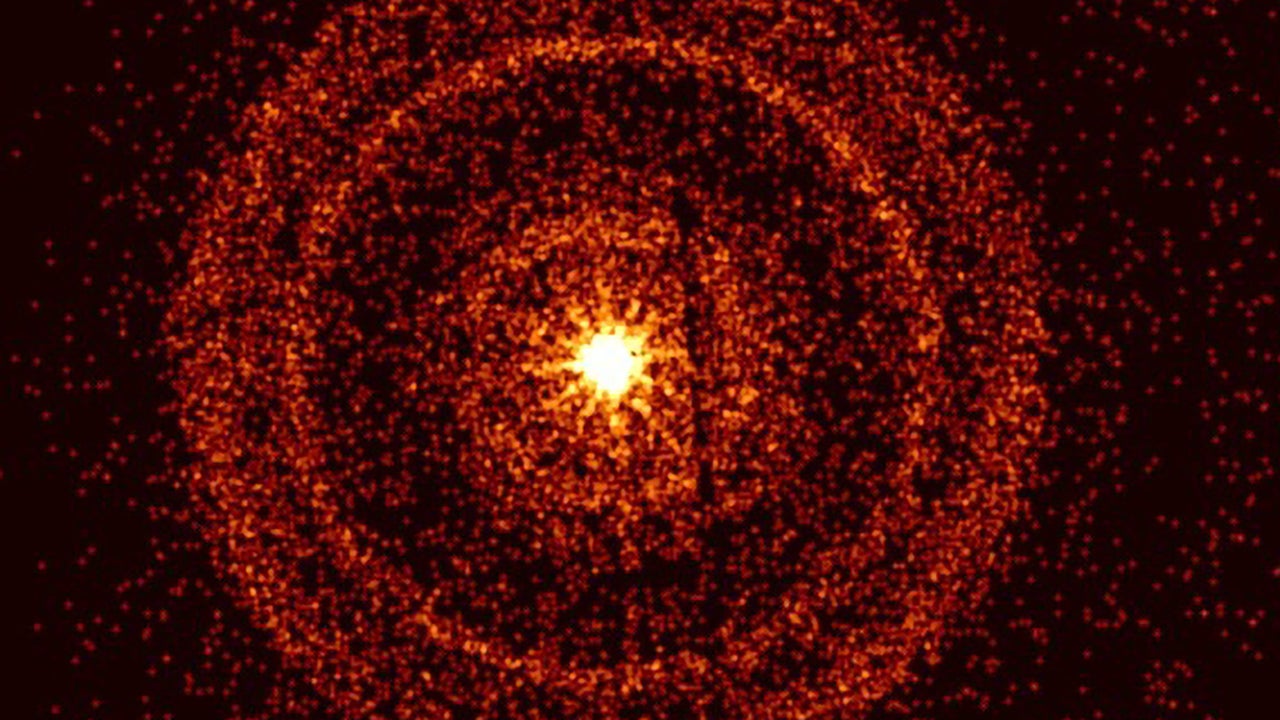 Scientists have detected a phenomenally powerful outburst of cosmic radiation – known as a gamma-ray burst – which likely occurred when an enormous star died and transformed into an all-consuming black hole.

Gamma Ray Bursts (GRBs) are among the most energetic cosmic explosions to light up the cosmos since the Big Bang event that is thought to have created it. Astronomers believe that the majority of GRBs take place when a truly massive star collapses inward at the end of its life, having run out of the materials needed to maintain the nuclear fusion reaction at its core.

This spectacular implosion heralds the birth of a black hole, during which the newly formed singularity blasts out jets of gamma radiation that, traveling at close to the speed of light, can shine a million trillion times (yes, a million trillion) brighter than the Sun. An outpouring of X-ray radiation is also released as the fast moving jets collide with the clouds of gas cast off by the dead star.

On Sunday, October 9, detectors aboard NASA’s fleet of orbital spacecraft were triggered when a powerful wave of gamma rays and X-rays flooded through the solar system, signaling the occurrence of an extraordinarily powerful gamma-ray burst.

Following the initial detection of the event – which has been designated GRB 221009A – astronomers across the globe raced to train a multitude of the world’s most powerful telescopes on the aftermath of the explosion. A range of orbital spacecraft also joined the effort, including NASA’s Fermi Gamma-ray Space Telescope and the Neil Gehrel’s Swift Observatory.

Together, the keen robotic eyes were able to capture the evolving light signature of the explosion over optical, infrared, gamma, and X-ray wavelengths. The signal originated roughly 2.4 billion light-years from Earth in the direction of the constellation Sagitta, and lasted for a few hundred seconds. According to these early observations, GRB 221009A is the brightest GRB to ever be recorded since the advent of modern science, potentially by as much as a factor of 10.

“Given that most other long GRBs result from a massive star collapsing, we have every reason to believe that we will find direct evidence of a supernova,” explains Ph.D. student Jillian Rastinejad of Northwestern University, Illinois, who helped image the event. “But that will take more work and time to confirm, and the universe could always surprise us.”

However, there is a clock on the scientific community’s observations of GRB 221009A – as in a little over a month the gamma-ray source will be temporarily shrouded by the glare from our Sun.

When it becomes visible once more early next year, astronomers will get back to work unraveling the secrets as to how such a powerful explosion of light came to be.

Stay tuned to IGN’s science page to keep up to date with the weird world of science.

Anthony Wood is a freelance science writer for IGN