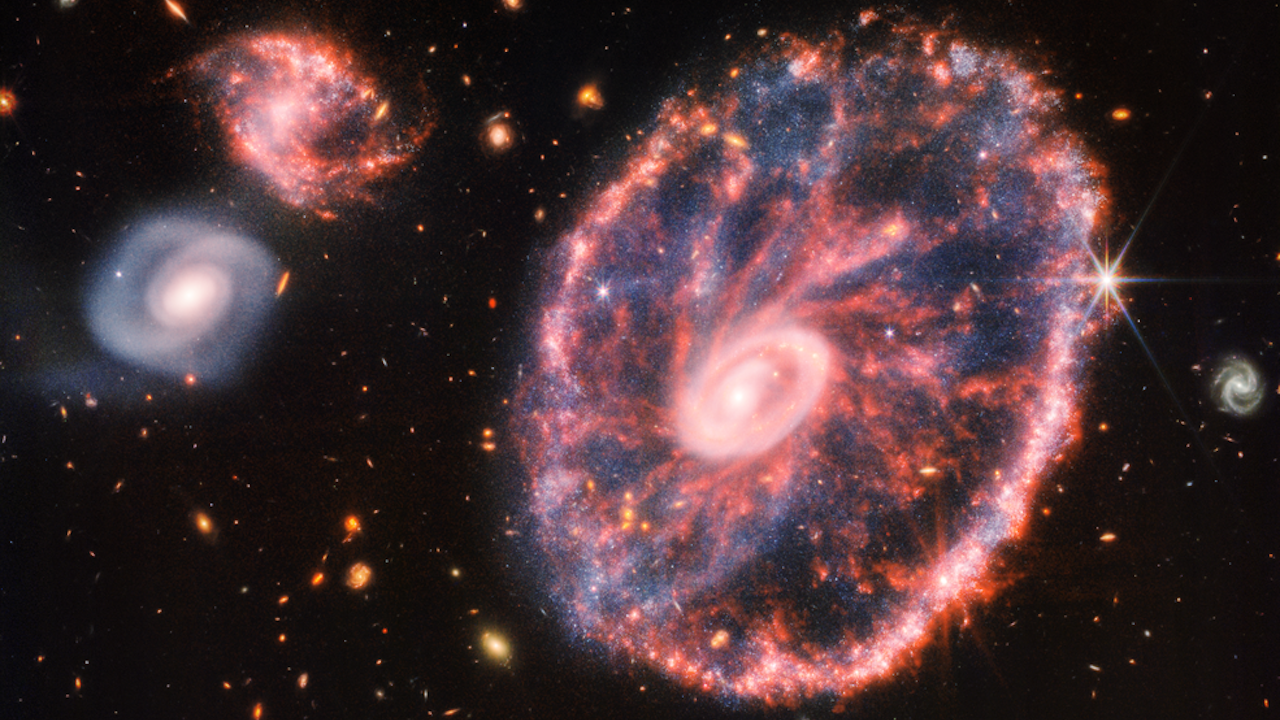 NASA’s James Webb Space Telescope has captured a stunning image of the Cartwheel Galaxy, revealing new details about its formation, shape, and structure.

The image released by NASA on Tuesday shows the Cartwheel Galaxy in never-before-seen detail. The large pink, speckled galaxy that resembles the wheel of a wagon is pictured in a “very transitory stage” alongside two spiraling companion galaxies, located around 500 million light-years away from Earth in the Sculptor constellation in the southern sky.

This cosmic snapshot offers a new view of how the Cartwheel Galaxy has changed over billions of years, and how it is likely to evolve in the future. Researchers say that the shape and structure of the Cartwheel Galaxy show that it was created as the result of an intergalactic collision “between a large spiral galaxy and a smaller galaxy,” which is not visible in the image.

The galaxy’s striking shape is formed by a colorful outer ring and a bright inner ring with glowing spokes spiraling out from it. NASA explains these rings are expanding outward from the center of the collision “like ripples in a pond after a stone is tossed into it.” These distinctive features have led astronomers to categorize the Cartwheel Galaxy as a “ring galaxy,” which makes it much more of a rare sighting.

The bright core of the galaxy “contains a tremendous amount of hot dust with the brightest areas being the home to gigantic young star clusters,” according to NASA. “On the other hand, the outer ring, which has expanded for about 440 million years, is dominated by star formation and supernovas. As this ring expands, it plows into surrounding gas and triggers star formation.”